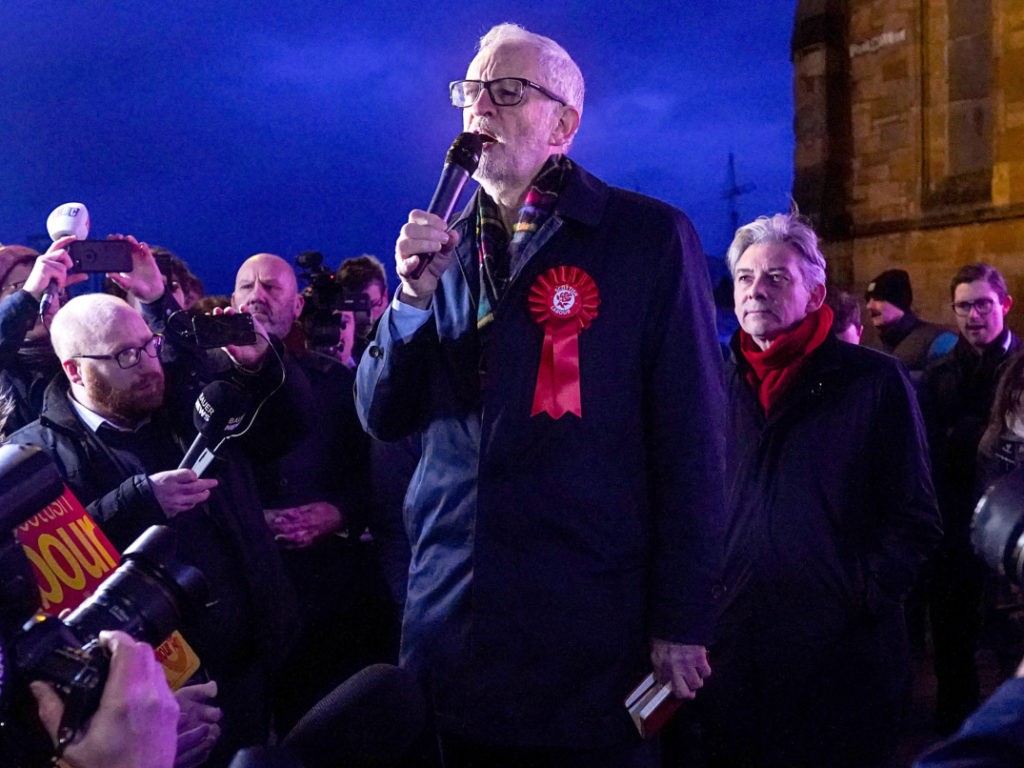 In less than 36 hours from now Britain will either be in the hands of an amiable, japesome, patriotic blond pretend-buffoon Conservative who wants to take Britain out of the EU, boost spending on the police and the military, lower taxes and control immigration…

…Or an unreconstructed anti-Semitic, terrorist-supporting Marxist leading a gang of viciously intolerant hard-left boot boys who will crush all dissent, lay waste to the land with bat-chomping, bird-slicing eco-crucifixes, seize private property, drive entrepreneurs into tax exile, and reduce the world’s fifth-largest economy to near-Venezuelan levels of crony-Communist decay, corruption and penury.

That’s what makes this Britain’s Flight 93 Election: unless conservatives can storm the cockpit and grab hold of the controls from the leftist suicide merchants, then the whole country is going to crash and burn.

I’ve borrowed the phrase from the title of an essay, written by Michael Anton under the pseudonym Publius Decius Mus, in the run-up to the Trump-Clinton contest.

2016 is the Flight 93 election: charge the cockpit or you die. You may die anyway. You—or the leader of your party—may make it into the cockpit and not know how to fly or land the plane. There are no guarantees.

Except one: if you don’t try, death is certain. To compound the metaphor: a Hillary Clinton presidency is Russian Roulette with a semi-auto. With Trump, at least you can spin the cylinder and take your chances.

If Trump didn’t win, Anton warned, then a “Hillary presidency will be pedal-to-the-metal on the entire Progressive-left agenda.”

Thankfully Trump did win and America dodged that bullet.

Now it’s Britain’s turn and the outcome is not so sure.

Though for some time I’ve been predicting blithely that the Conservatives are going to win a 50 to 60 seat majority, I’m really not feeling so confident now that the day of judgement is almost upon us.

The issue is not ‘Don’t voters know how terrible Jeremy Corbyn is?’ They do. From one constituency, I heard on-the-ground-reports from a local election agent that even Labour party MEMBERS are planning on voting Conservative this time a) because they think anti-Semitic, identity-politics-obsessed Marxism is a bridge too far and b) because a lot of Labour voters are also Brexiteers and don’t want to vote for a party whose position is essentially Remain.

No, the issue, unfortunately, is that the Brexit vote in many key marginals may end up being split between the Conservative candidate and the Brexit party candidate, meaning that Labour slip in through the back door.

In Hartlepool, for example, Labour is on 37 percent, Conservatives are on 30 percent and Brexit Party on 27 percent. Brexit majority; but Labour win.

In Stoke on Trent, Labour is on 41 percent, Conservatives are on 40 percent, Brexit Party is on 14 percent. Brexit majority; but Labour win.

This, I suppose, is the subtext of the Conservatives’ last-minute viral marketing, such as its Love Actually spoof, whose main concern is to ram home the message that everyone just wants to ‘Get Brexit done!’ and that only by voting Boris can this be achieved.

In other words, whatever our reservations about Boris or his policies, we’re all being asked to hold our noses and vote Conservative because a vote for the Brexit party is effectively a vote for Magic Grandpa.

As I’ve grumbled before, I deplore the cynicism and arrogance with which the Conservatives have conducted this campaign. I also think that their squishy policy proposals on everything from state aid to ‘combating’ climate change are a nauseating betrayal of conservative principles and will ultimately make it easier for Labour to win next time round.

That said though, I fear that the brutal electoral arithmetic may prove them right: it seems quite possible to me that The Brexit Party won’t win a single seat, but that it will cost the Conservatives plenty of ones that should never have been conceded to Labour’s repellant lefties.

A while ago I would have been quite sanguine about this. ‘So the kids want a taste of Fully Automated Luxury Communism? All right. Let them have it — and see how it feels to be reduced to eating your pets,’ I used to think.

The problem with totalitarian entryist regimes, however, is that they’re for life – not just a salutary lesson for the kids at Christmas.

And that’s just the beginning of the bad news. If you want to be really depressed you should read Ed West’s superb essay at Unherd about the relentless leftwards drift of Western Civilisation.

His take-home point is that the rule that as you get older, start paying taxes, have a family and get your own property you become more conservative may no longer apply. Increasingly, people are growing up left – especially the uni ‘educated’ classes – and staying left. So where are conservative parties going to find their votes in future?

I do not remotely think that Boris Johnson’s Conservatives are up to the job of arresting this decline. It would involve doing truly radical things like: massively reducing the percentage of the population being brainwashed at university; using the tax system to incentivise rather than discourage married life; fix our broken housing market. I don’t get the impression that this bunch of wets have the appetite for anything that dramatic.

Britain’s tragedy is that the closest thing it has to Donald Trump — Nigel Farage — has been ruthlessly suppressed and marginalised by the Conservative establishment to the point where instead of leading Britain to the promised land he may end up being the man partly responsible for leading it over a cliff.

Hold on to your hats. Britain will probably never face another election where the outcome is quite so important or the potential for disaster so horrifyingly real…

Most Americans will stay home this month even if lockdown lifted: poll

Most Americans will stay home this month even if lockdown lifted:...