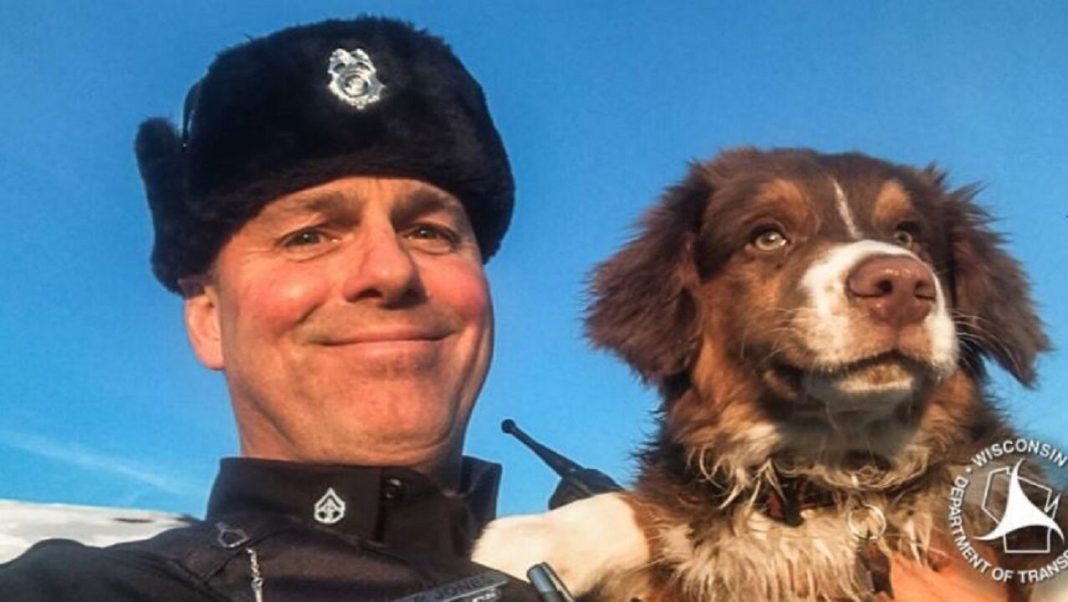 A Wisconsin state trooper used a drone to find a dog and reunite it with its injured owner following a vehicle crash last week, officials said.

Trooper John Jones used his drone to locate River, a 3-year-old Australian Shepherd, in a wooded area in Brown County.

The dog and a driver were traveling on State Highway 57 on Friday when a deer darted onto the road, causing the unidentified driver to swerve and crash into a median, the Wisconsin Department of Transportation (DOT) said.

The driver was taken to a hospital for unknown injuries. River ran from the crash site.

Emergency responders searched the area but were unable to locate the dog. The driver’s family and friends also combed the crash site for the dog.

Jones, a certified drone pilot, responded to the scene and used his device. He spotted paw prints near snow-covered grass not far from the site.

He walked to the area and found the dog scared but uninjured. River was taken to an animal hospital and reunited with its owner.

Most Americans Favor Returning to Work But Democrats Say It’s a...

Family of children ‘kidnapped’ in Saudi calls on government for proof...