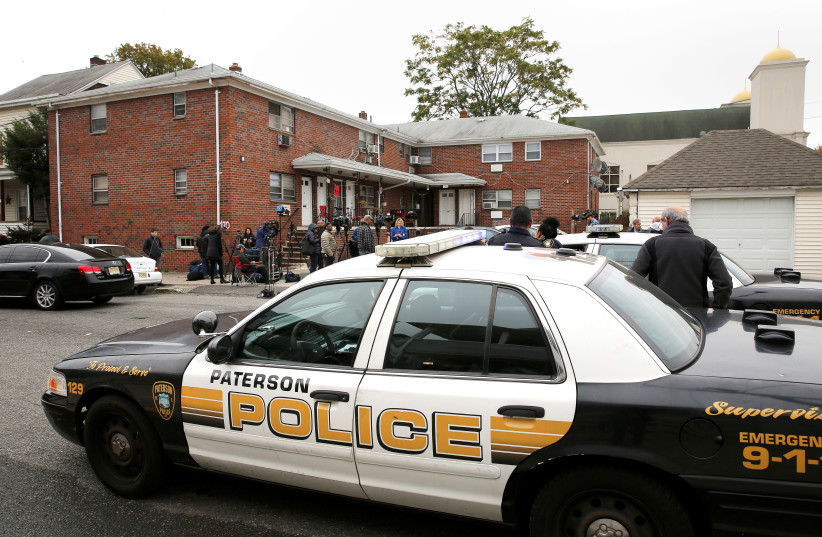 Facebook
Twitter
Google+
Pinterest
WhatsApp
Reports indicate that five people were found dead in a Jersey City kosher supermarket following an active shooter situation. Hudson County Prosecutor Esther Suarez confirmed on Twitter that one police officer was fatally shot, adding that two additional officers were struck by gunfire. At least one of the shooters was “neutralized” inside a Jersey City bodega, a law enforcement source told CNN. The source said that a robot was sent into the scene to give law officials more information.A source told The Jerusalem Post that one person injured in the attack was from the small Satmar community in the area. There are some 100 Satmar families which have moved in to the area in the past two years.

I’m told one of the injured in the attack is from the small Satmar community that moved into this area. He is apparently lightly injured in his hand…https://t.co/TXQT5SkNcg

The Israeli Ministry of Foreign Affairs said that one Hassidic person was shot in his hand while running away and that two more were reportedly injured inside store during the shooting. The ministry reported that injured persons are not Israeli citizens.Multiple reports said that the shooting was at or near a Kosher supermarket, some citing JC Kosher Supermarket as the location and others saying it was at a nearby bodega.”At this time, reports indicate this is a criminal incident and does not appear to be a targeted attack against the Jewish community. We will continue to monitor and update,” The Secure Community Network, a Jewish security organization in North America, tweeted.”According to senior sources I spoke to minutes ago, it feels as if the incident in Jersey City was not a terror attack or a hate crime. However, the event is not over yet, the situation is ongoing and at this stage it is only a feeling,” Consul General of Israel in New York Dani Dayan tweeted.Two gunmen opened fire in a convenience store, hitting at least one officer in the shoulder, the New York Times reported. However, a law enforcement officer who spoke News 4  said it was at least one gunman, but did not specify a number.A person working nearby told Huffington Post that the incident occurred at JC Kosher Supermarket.One Jersey City resident told CBS News that it is “a very high crime area. We’re used to gunshots, but nothing like this that’s happening now.”The New Jersey State PBA tweeted, “We need a lot of prayers right now for Jersey City officers. Keep all those involved in your thoughts.”

We need a lot of prayers right now for Jersey City officers. Keep all those involved in your thoughts.

According to News 4, Jersey City SWAT teams and state police responded to the incident, and the Bureau of Alcohol, Tobacco, Firearms and Explosives (ATF) and FBI are ready to get involved as needed.New York City Mayor Bill de Blasio confirmed on Twitter that the New York Police Department (NYPD) is “closely monitoring the ongoing situation in Jersey City and we are ready to assist in any way we can.”ATF Newark tweeted, “Breaking: @ATF_Newark Agents responding to reports of an active shooter in Jersey City, NJ.”

The School District of Jersey City announced on Facebook hat a number of schools were on lockdown. “All students and staff are safe, however a number of schools are on lockdown due to police activity.
PS 12 14 29 41 40 SHS LHS Innovation Academy I and Infinity. However, the list can change as needed.”“We are on lockdown. Absolutely on lockdown. Everybody in the school seems okay,” a Sacred Heart School official told The New York Post, adding, “There was so much gun fire. A lot. More than we’ve ever heard.”“First there was some gun fire, then more, then more,” the school official said. “We immediately went into safety protocols and everyone is in the school and doing well.”New Jersey Governor Phil Murphy wrote in a statement on Twitter that, “I have been briefed on the unfolding situation in Jersey City. Our thoughts and prayers are with the men and women of the Jersey City Police Department, especially with the officers shot during this standoff, and with the residents and schoolchildren currently under lockdown.””I have every confidence in our law enforcement professionals to ensure the safety of the community and resolve this situation. Today reminds us of their bravery and the sacrifices they, and their families, make for our communities.”

I have been briefed on the unfolding situation in Jersey City. Our thoughts and prayers are with the men and women of the Jersey City Police Department, especially with the officers shot during this standoff, and with the residents and schoolchildren currently under lockdown.

The White House says that President Donald Trump was briefed on the shooting “and continues to monitor the situation.”
Jeremy Sharon contributed to this report.This is a developing story.

Love him or hate him, Elon Musk is enjoying a spectacular run