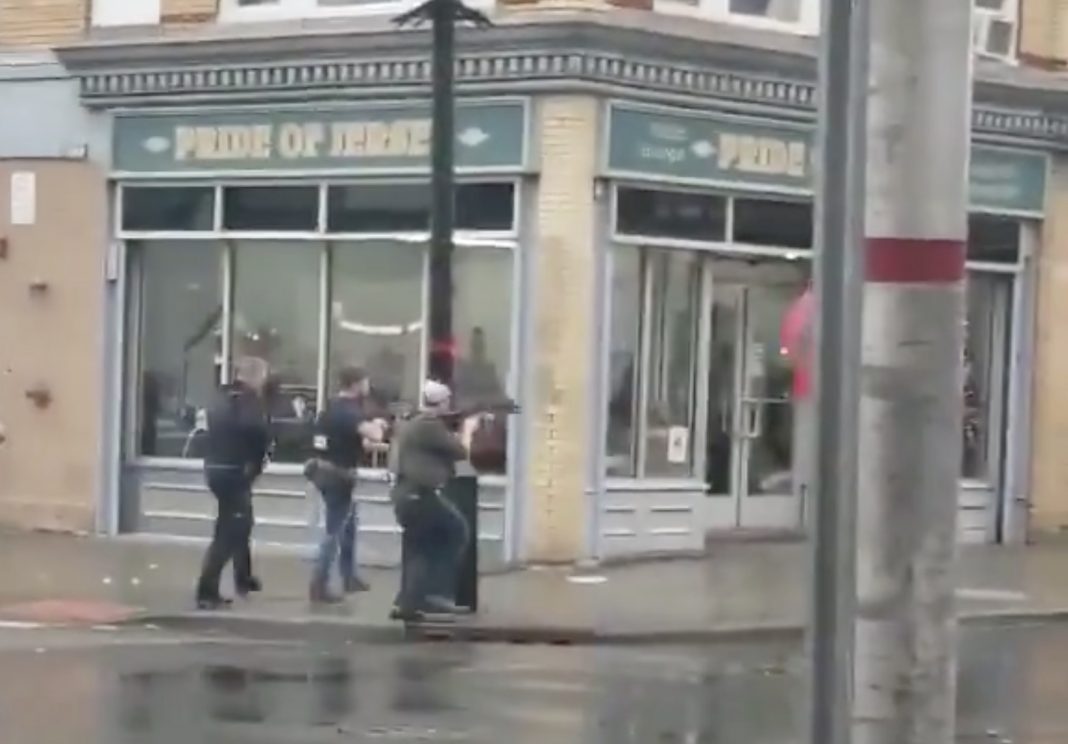 12:54 p.m. UPDATE: Police said in radio transmissions that a police officer was shot in Bayview Cemetery.

Two gunmen are firing upon police and people from a building on Martin Luther King Drive near Bidwell Avenue, injuring at least one police officer Tuesday afternoon.

Police said in radio transmission that the the gunmen are shooting at anyone they see on the street, and has fired at the Sacred Heart School.

One police officer heard in a radio transmission said that every time a police officer moves toward the shooter, gunfire comes from a window at them.

The storefront has been identified by police as 223 MLK Drive, which police described as a bodega.

The two gunmen arrived in the area in a U-Haul van, each carrying long guns into the bodega, police said in radio transmissions.

At 12:51 p.m., police reported that a person appeared to be shot inside the store, near the front entrance.

Jersey City Board of Education President Sudhan Thomas said both Lincoln and Snyder high schools are in lockdown, as well as Schools 12, 14, 29, and 41.