Home Breaking News Kimberly Strassel: IG Report Shows FBI ‘Did Have It in for Donald... 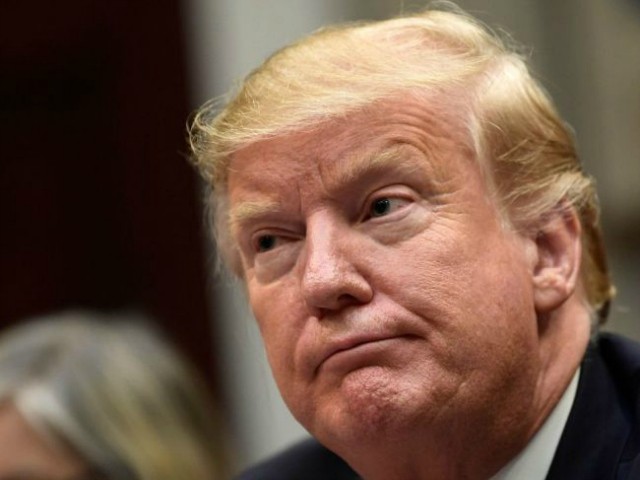 “Basically you don’t really have to prove anything to start an investigation at the FBI,” said Strassel, highlighting the FBI’s broad investigative powers and authority. “They have unfettered power to launch any voyage, to use Mr. Turley’s terms. The question is then what they did, and this is the truly damning part of the report, is that we find out that there are 17 separate problems with the FISA court submission.”

Strassel listed some of the FBI’s errors and omissions in its FISA court surveillance warrant applications identified within the IG report.

“They range from everything from the FBI overstating Christopher Steele’s credentials — he was the man that wrote the dossier — [to] failing to provide the court with really important exculpatory evidence that worked on behalf of Carter Page, the man that they were surveilling,” stated Strassel. “[There were also] significant issues with Steele’s sources, additional info [the FBI] got along the way about Steele’s credibility. It’s just one after the other.”

Strassel added, “You’re going to hear a lot of people in the mainstream media saying,’ Oh, look, the IG said that he found no documentary evidence of bias.’ Okay, he means just that when he says it. He means he didn’t find some smoking gun email out there that said, ‘Let’s take out Donald Trump.’”

“Let’s also remember that it’s not the IG’s job in the absence of such a smoking gun email to guess at the motivations of the FBI employees,” continued Strassel. “Instead, [Michael Horowitz] did the next best thing, which is that he just lays out all the facts, and when you look at those facts, they produce this incredibly compelling pattern of the FBI playing the FISA court; overstating information, omitting information that’s important, cherry-picking details.”

Strassel remarked, “What Michael Horowitz did is he said to the American people, ‘Here’s all the facts. You now make your judgment as to why the FBI behaved in such a manner,’ and I think it’s really hard, looking at the totality of that evidence to not believe that the FBI did have it in for Donald Trump, [and] treated this situation differently than they would have treated any other case, and misbehaved along the way.”

Mansour shared some of Horowitz’s explanations for the FBI’s misconduct, noting that the FBI doctored evidence against Carter Page to portray him as a Russian state agent. “They essentially lied to the court, and yet we’re told this was non-partisan,” stated Mansour.

“[Michael Horowitz] puts it right in the report, and he has to try to dance around it, but when you actually read it, it’s almost laughable how badly [the FBI] behaved,” Mansour said. “For example, you mentioned the 17 significant errors… of omission in the Carter Page FISA applications.”

Mansour continued, “[Michael Horowitz] also notes that when he tried to find out why [the FBI] did this, he says, and I quote, ‘We also did not receive satisfactory explanations for the errors or problems we identified. In most instances, the agents or supervisors told us that they either did not know or recall why the information was not shared with the [Office of Inspector General], that the failure [to do so] may have been an oversight, that they did not recognize at the time the relevance of the information to the FISA application, or that they did not believe the missing information to be significant.’”

Strassel determined, “The culmination of this IG report is that the FBI played fast and loose with the FISA court, and violated policy and procedures six ways from Sunday.”

“Basically, the FBI knew that Carter Page had been approved as an operational contact for another U.S. agency — which people have reported is the CIA — and that that agency told the FBI that they had every reason to believe that he had continued to candidly report back to them his interactions with a specific Russian intel officer, so he was helping the United States,” added Strassel.

Strassel went on, “The FBI, instead, takes that interaction of [Carter Page] with the Russians and presents it as evidence that he is somehow acting or colluding with the Russian government without ever providing the court with information from another government agency that he was, in fact, approved as an operational contact. That’s just appalling.”

Mansour said, “I just find it really difficult [to believe], the whole, ‘There was no partisan animus at all, It was just a big oopsie.’” She quoted from the IG report, “‘The [Office of General Counsel] Attorney had altered and sent the email to [Supervisory Special Agent] 2, who thereafter relied on it to swear out the third FISA application.’”

Mansour continued, “Now, this guy , interestingly enough, text messages from this same lawyer after the 2016 election reveal that he was an anti-Trump activist. He was texting out, ‘viva le resistance’ on November 22nd, 2016, while in the midst of investigating Trump. He would later be terminated from the Mueller probe for conduct which a previous IG report said, ‘brought discredit to the FBI,’ so this guy that was doctoring evidence. I’m sure he had no partisan animus at all, the Mr. Viva le Resistance.”

“You just expressed it perfectly,” concurred Strassel. “This, to me, would be one of the failings of the report.”