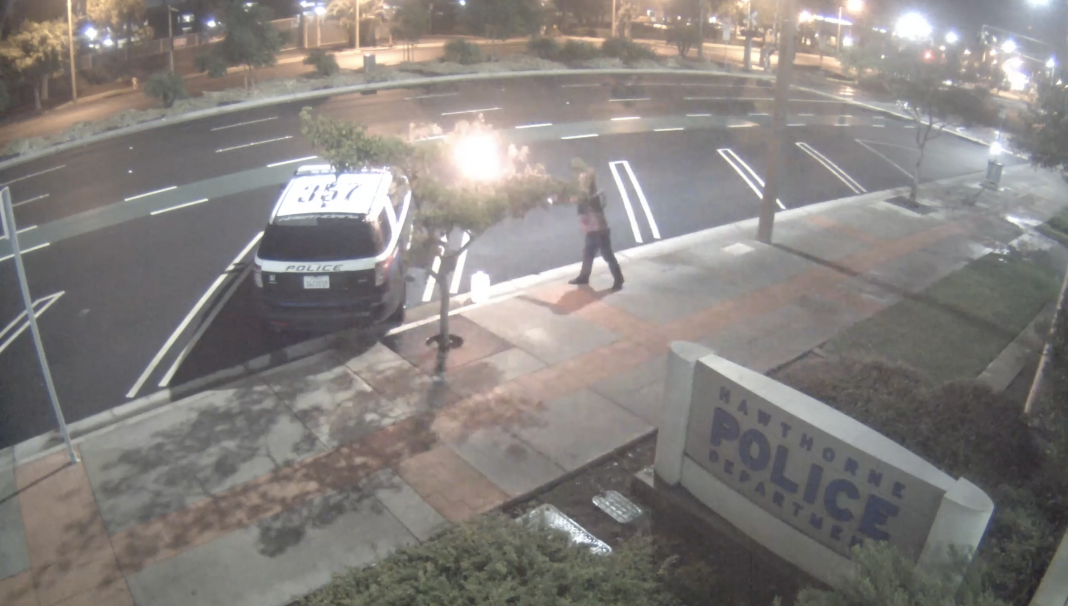 A Hawthorne man was arrested after authorities say he set an unoccupied patrol vehicle on fire while it was parked in front of the police station.

Surveillance cameras show a man dousing the Ford Explorer Police Interceptor with an accelerant and setting it alight about 12:15 a.m. Thursday.

Officers exited the police station on Hawthorne Boulevard to find the cruiser fully engulfed and a man, identified as Elmer Maldonado, 24, standing beside it, according to investigators.

Los Angeles County firefighters extinguished the flames, but the vehicle was a total loss, police said. Maldonado was arrested on suspicion of arson.

Half of police departments across the country see a decline in applicants, finding recruits is becoming a challenge