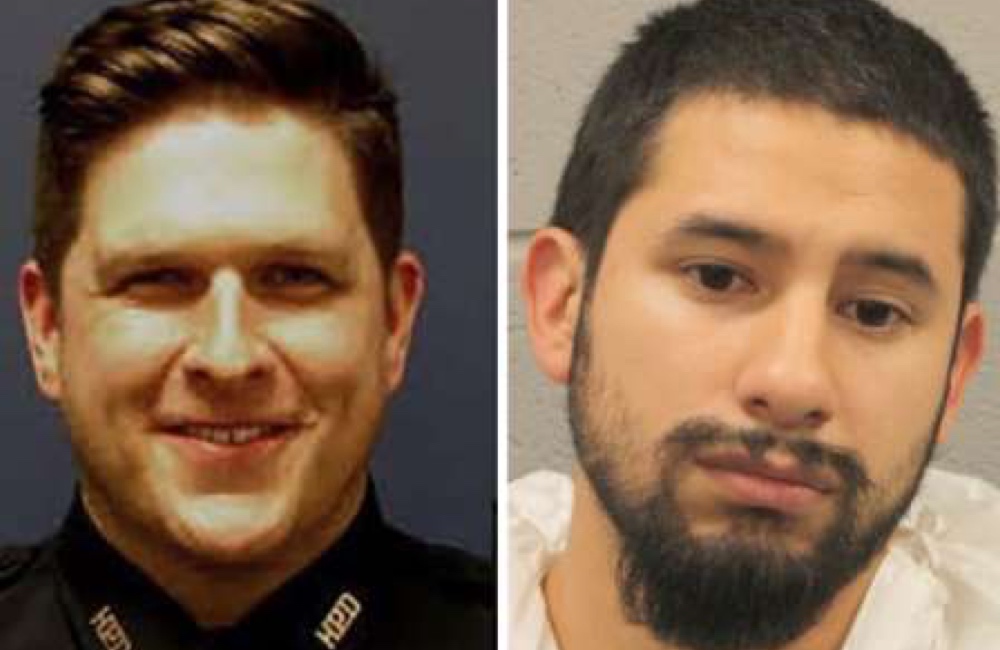 The Houston police sergeant killed while responding to a domestic disturbance helped relay critical information to his fellow officers even after being shot, all of which was captured on police radio traffic.

Sgt. Christopher Brewster had just exited his patrol car in the 7400 block of Ave. L in Magnolia Park after spotting a woman and a man later identified as 25-year-old Arturo Solis. The woman had just phoned 911 asking for police to help her deal with Solis when Brewster attempted to talk to the pair shortly before 6 p.m.

“They’re over here on Avenue L,” Brewster said over his police radio, which was captured by Rangecast.

Moments later, Brewster is heard franticly yelling, but it is unclear what he was trying to say. A dispatcher then asked if everything was OK on scene.

Brewster had been shot several times, including in the upper chest. As he lay on the ground, he relayed critical information about the gunman’s description that later helped officers capture Solis, Houston Police Chief Art Acevedo said.

Over the next few moments, several nearby officers started rushing to his location in the East End neighborhood. The first officer to show up told dispatchers that someone had been shot at the location.

He then confirmed that it Brewster himself who had suffered a gunshot wound.

Several officers started CPR on Brewster before paramedics loaded him into an ambulance. He died shortly after arriving at Memorial Hermann Hospital in the Texas Medical Center.

Solis, who has an extensive rap sheet, was charged with capital murder of a police officer in Brewster’s death after allegedly confessing to killing the sergeant.

Jay R. Jordan covers breaking news in the Houston area. Read him on our breaking news site, Chron.com, and our subscriber site, HoustonChronicle.com | Follow him on Twitter at @JayRJordan | Email him at [email protected]