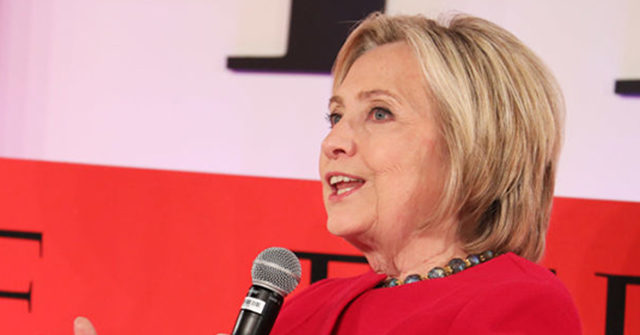 “He was a good guy. … He was so handsome, really handsome. He looked like a Greek god. … He was very attractive,” she said, recalling her former boyfriend, and added wryly, “Well, contrary to what you might hear, I actually like men.”
Stern replied, “Raise your right hand; you’ve never had a lesbian affair.”

Clinton said she dated boys in high school and was “pretty popular” in college and did not have problems getting dates.

“I dated a lot of different people, and I liked a lot of them,” she said. “I was pretty popular. I was ok popular. … Boys were not my problem.”

“Do you know this reminds me of a John Hughes movie?” Stern asked. “This is a guy who is a born people person”:

Listen to more audio below: