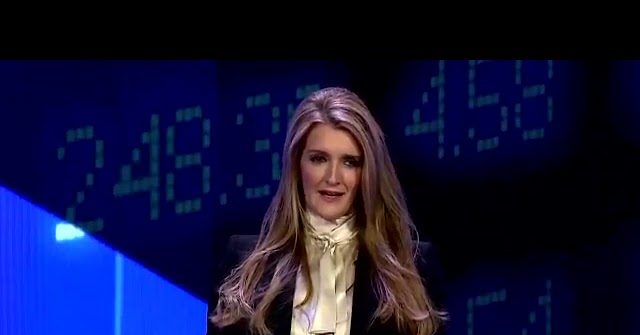 Gov. Kemp  tapped Loeffler to replace the outgoing Sen. Johnny Isakson (R-GA), who will retire at the end of December. Loeffler will reportedly describe herself as “pro-Trump” despite conservate criticism of her as well as her lack of support for the president during the 2016 presidential election.

Kemp has resisted lobbying from President Trump to nominate House Judiciary Committee ranking member Doug Collins (R-GA), who has served as a staunch supporter of the president during the House Democrats’ impeachment inquiry.

The Washington Post reported Republican consultants across the nation believe that choosing Loeffler will serve as an attempt to broaden the party’s “appeal” with suburban women in 2020.

The Senate nominee also plans to relieve pressure from the National Republican Senatorial Committee (NRSC) by injecting $20 million of her own money into the campaign.

In prepared remarks, Loeffler cast herself as a “lifelong conservative” as well as a D.C. outsider.

I haven’t spent my life trying to get to Washington. But here’s what folks are gonna find out about me: I’m a lifelong conservative. Pro-Second Amendment. Pro-military. Pro-wall. And pro-Trump. I make no apologies for my conservative values, and will proudly support President Trump’s conservative judges.

Loeffler also said that she is “strongly pro-life and believe the abortion-on-demand agenda is immoral.”

The Senate nominee said once she enters the Senate chamber, she would vote for legislation that would ban abortions at 20 weeks of pregnancy.

“Contrary to what you see in the media, not every strong woman in America is a liberal. Many of us are conservatives, and proud of it,” she said.

Despite Loeffler’s claim to her conservative credentials, Republicans, conservatives, and pro-life organizations have cried foul regarding her ties to Planned Parenthood, Democrat icon Stacey Abrams, and her donations to Democrats.

President Trump has even told Loeffler at a White House meeting that Kemp would be taking a risk by nominating Loeffler, who remains politically untested.

The Family Research Council (FRC) was the latest pro-life organization to express concern over Loeffler’s lack of pro-life credentials.

Family Research Council Action is concerned about the likelihood that Georgia Governor Brian Kemp is considering a candidate to fill the remaining term of Senator Johnny Isakson that has no public record validating a conservative political ideology. While Governor Kemp does have a conservative pro-family record, Kelly Loeffler does not.

.@FRCAction is concerned that Georgia Gov. Brian Kemp is considering a candidate to fill the remaining term of Sen. Isakson that has no public record validating a conservative political ideology. While @GovKemp does have a conservative pro-family record, Kelly Loeffler does not.

Perkins noted that many Republican members of Congress have pro-life records, which includes Rep. Collins, who has a 100 percent record with the FRC.

Breitbart News has reported how Loeffler has concerning ties to Democrat icon Stacey Abrams, and also that her basketball team, the Atlanta Dream, has promoted the abortion provider Planned Parenthood. Loeffler has also donated $750,000 to Mitt Romney’s failed 2012 presidential campaign, as well as hundreds of thousands of dollars to former Speaker Paul Ryan’s (R-WI) campaigns and PACs.

Loeffler has even donated to many Democrats, including former Sen. Chris Dodd (D-CT), Sen. Debbie Stabenow (D-MI), and America Coming Together political group, which was primarily funded by George Soros and the Service Employees International Union (SEIU).

Despite these conservative concern’s over Loeffler’s record, the National Republican Senatorial Committee (NRSC) has backed Loeffler.

NRSC Chairman Sen. Todd Young (R-IN) said that Loeffler will serve as a “principled conservative” “who can help President Trump and our Republican majority continue to bolster a record-breaking economy, strengthen our military and confirm constitutionalist judges.”

Senate Majority Leader Mitch McConnell (R-KY) said in a statement Wednesday that the Senate nominee has ” an impressive record in business and community leadership. I am confident she is well prepared to continue Sen. Isakson’s historic legacy of advocating for veterans, strengthening our national defense, and fighting for middle-class families.”

In contrast, the president’s camp has backed Rep. Collins as a strong supporter of Trump’s America First policies.

Donald Trump Jr., President Trump’s son, hosted a fundraiser for Collins in late October and said in November that Collins “is a fighter and exactly the kind of person Republicans should want in the senate. We need someone who gets it, not someone who will have to learn on the job.”

.@RepDougCollins is a fighter and exactly the kind of person Republicans should want in the senate. We need someone who gets it, not someone who will have to learn on the job. https://t.co/TZMCIttBBO

The Florida congressman said that Kemp will end his political career by nominating Loeffler for the U.S. Senate.

Dozens of goats quarantined after shepherd tests positive for coronavirus