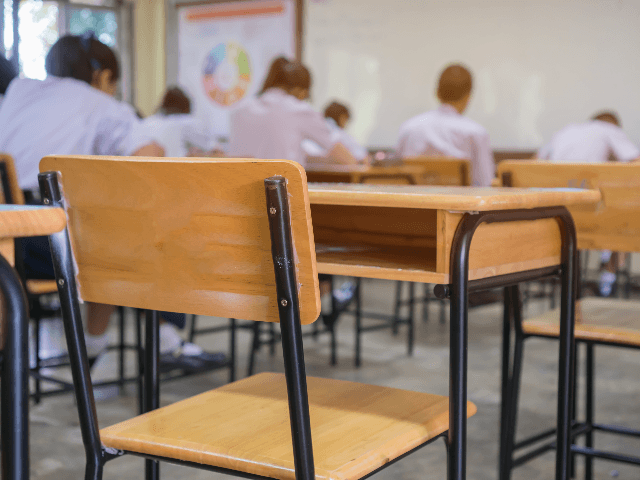 Results of the 2018 Program for International Student Assessment (PISA) found American teens showed no actual improvement in reading, math, and science compared to the 2015 results.

“In all of these cases, reading, math, and science, other countries’ education systems that were scoring higher than us, are now scoring comparable to us or below us,” explained Peggy Carr, associate commissioner for the National Center on Education Statistics (NCES), according to Education Week. “We have remained steady and so our ranking has improved—not exactly the way you want to improve your ranking.”

The Organization for Economic Cooperation and Development (OECD) develops the PISA assessment every three years. Last year, teens from about 80 nations participated.

NCES provided the following information on the PISA reading results:

Other countries that ranked higher than the U.S. in reading in addition to China are Estonia, Canada, Finland, Ireland, Korea, Poland, Sweden, and New Zealand.

The gap between good readers and struggling readers is growing in America, leaving about 20 percent of our kids facing “grim prospects.” Why? At age 15, they haven’t mastered skills expected of 10-year olds. https://t.co/ipLnsLvxAH

“On a scale of 0 to 1,000, average scores in mathematics literacy across the education systems ranged from 591 in B-S-J-Z (China) to 325 in the Dominican Republic,” stated NCES.

“On a scale of 0 to 1,000, average scores in science literacy across the education systems ranged from 590 points in B-S-J-Z (China) to 336 points in the Dominican Republic,” NCES noted.

Carr reportedly said the fact that U.S. teens only performed at proficiency level on two of six levels in reading is “not good at all. It’s comparable to NAEP’s below basic.”

Carr referred to the National Assessment of Educational Progress (NAEP), also known as the Nation’s Report Card, results of which recently indicated U.S. school children made “no progress” in reading or math over the past ten years.

“This country is in a student achievement crisis, and over the past decade it has continued to worsen, especially for our most vulnerable students,” she said, adding:

As Education Week reported, PISA reading results indicate American teens are able to comprehend the main idea and draw simple inferences in a medium length text, but comprehension and comparison skills when other texts and ideas are introduced – so-called critical thinking skills – are lacking.

Despite a decade of the Common Core State Standards, an Obama-era progressive education reform that was touted as one that would improve students’ critical thinking and eliminate the achievement gap between white and minority students, U.S. public schools appear to be failing in both areas.

According to Education Week, PISA results showed the achievement gap is widening further:

In both reading and math, the top 10 percent of students have performed significantly better since 2012. In reading, for example, 14 percent of U.S. students performed at the highest two proficiency levels in 2018, 4 percentage points more than in 2015.

By contrast, the bottom 10 percent of U.S. students declined during that time. The lowest-performing students gained ground only in science.

Education Week also reported 23 percent of all U.S. students who took the PISA were “immigrants” who “performed significantly better compared to their native-born peers in the United States than they did on average throughout the OECD countries.”

“Moreover, the OECD found that while about 2 out of 5 immigrant students were identified as low income, once socioeconomic factors were taken into account, nonnative U.S. students performed on average 16 score points higher in reading than their native-born peers,” the report said.

Morale among police officers is plummeting as protests, calls for defunding...