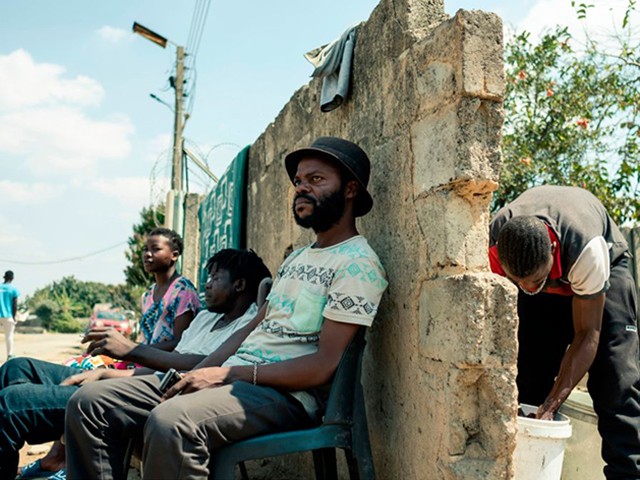 The City Council of Harare, Zimbabwe, blew tens of thousands of dollars on iPads for councilors and selected managers, local media noted Tuesday, days after a United Nations report found the nation on the brink of “man-made starvation.”

The Herald reports that local authorities spent around $500 per iPad for the city’s 46 councilors, which would have been enough to clear a monthly salary backlog for at least 337 council employees on the lowest salaries.

According to the council’s acting communications manager, Innocent Ruwende, the iPads are an essential purchase as the council is “generating a lot of paperwork hence the need to go digital.”

Ruwende also claimed that the iPads were part of a broader “e-agenda” strategy to help Harare achieve its ambition of becoming a “smart and world-class” city by 2025.

“The e-agenda also gives councilors ample time to go through the minutes and study them carefully to ensure robust debate when they come to council,” he explained.

Local residents reacted with outrage, noting the council has far more pressing matters to deal with and is often complaining about a shortage of funds and foreign currency.

“It’s a misdirected priority. What budget lines covered the iPads? Council never mentioned it in their previous budget,” said Lorren Mupasiri, the Director of the Combined Harare Residents’ Association. “This is the challenge where there is no compliance to budgeted issues. This is one of the key factors affecting revenue collection.”

The purchase of such luxuries is particularly scandalous given Zimbabwe’s current economic and humanitarian predicament, with a recent U.N. report finding that widespread food shortages are leaving a total of 7.7 million people in a position of nutritional insecurity.

Those most heavily affected by the crisis have been women and children, with a shocking 90 percent of Zimbabwean children suffering from malnutrition and experiencing stunted growth as a result.

The crisis is primarily a result of the rampant corruption and hyperinflation that has plagued the country over the past four decades under the rule of far-left dictator Robert Mugabe, with his successor Emmerson Mnangagwa showing little interesting in liberal or free-market reform.

“No ratepayer would want to fund a luxury such as an iPad when he does not have water to drink. This is wrong and disappointing,” added Mupasiri. “It does not make sense for the council to talk of a digital era when even the billing system is chaotic. Bills cannot be tracked in real-time and council administrative offices are short of adequate computers.”