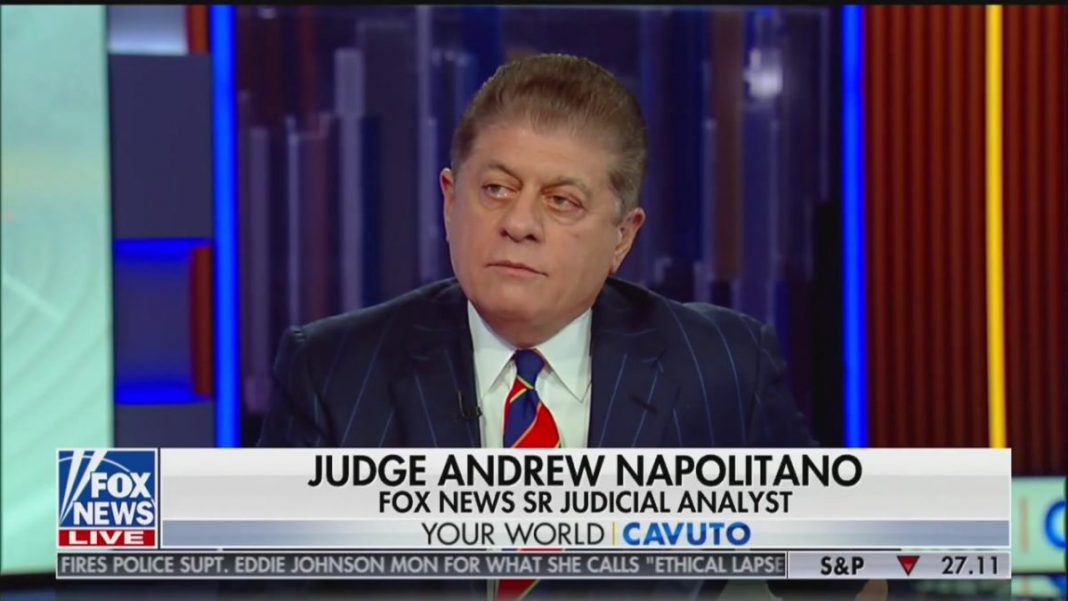 “I am curious what you make of the fact that the president might want to skip out on this Judiciary Committee opening hearing and maybe others to follow, because it is essentially a Kangaroo court or it’s not fair,” Neil Cavuto said on Your World Monday.

“The rules about which the president are complaining were written by a Republican House of Representatives in 2015. The president would be very unwise not to send lawyers there,” Napolitano responded.

“The Democrats are not doing anything that the Democrats did not do to Nixon or the Republicans didn’t do the Bill Clinton. But I think he makes a mistake when he refuses to participate. It is a valid vote by the House of Representatives that authorized this,” he continued. “He also loses the argument that it’s unfair if he doesn’t take the opportunity to participate himself.”

“In my view, it is clearly impeachable because it involves two potential crimes,” Napolitano said. “The crime of bribery … which is defined as the failure to do an official act, release the $391 million, until a favor comes your way: not conduct an investigation, announce the existence of an investigation of Joe Biden. The other crime is asking for campaign aide from a foreign national. That’s a crime in and of itself, just asking.”

“They are free to say that’s not an impeachable offense, but they are not free to say it didn’t happen, because the evidence that it happened is overwhelming,” he said.

Watch above, via Fox News.