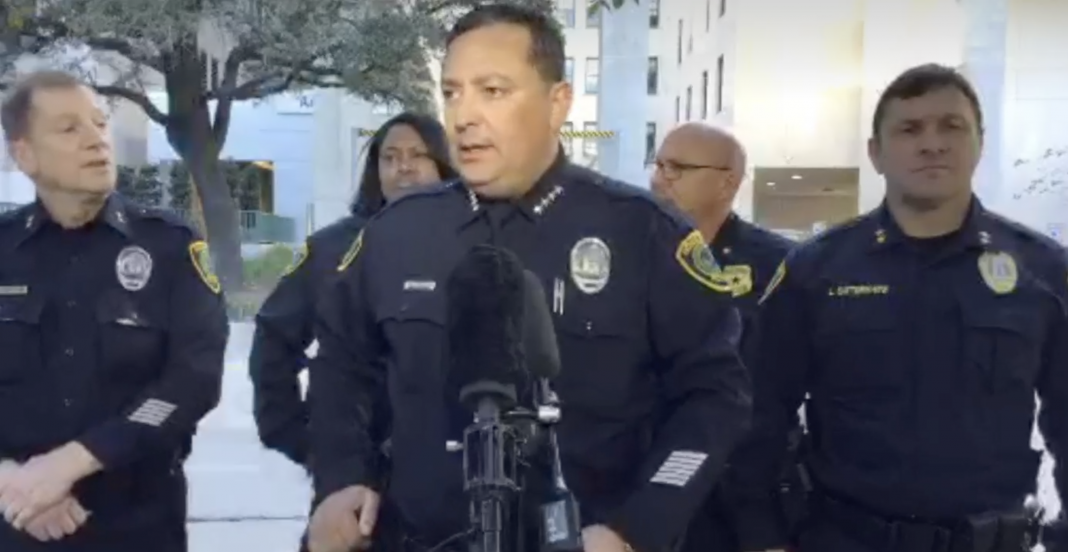 A Houston Police officer was forced to take a trip to the hospital after he shot himself during training.

In an incident that he will likely not live down, the officer accidentally pulled the trigger of his sidearm around 11:15 on Tuesday morning during a training operation.

The officer was drawing his weapon at the time.

Houston Police Chief Art Acevedo told ABC13 that the bullet went through the officer’s thigh and out through his ankle.

Police officials are naturally blaming the holster, and it is unknown if the specific holster in question is a SERPA-style holster (AKA, Level II Retention, Auto-Lock Trigger Release-Style Holsters), which has a reputation of playing a role in similar incidents- though the action of pulling the trigger is generally always one of negligence on the user’s part.

The Federal Law Enforcement Training Center released a report on such holsters, and found that “a holster that requires multi-tasking of the trigger finger or that has a release mechanism closely proximal to the trigger is potentially problematic by increasing the risk of inadvertent discharge.”

In layman’s terms, as such holster types require the user to disengage a weapon lock with their trigger finger, they run the risk of accidentally “following through” on the draw, thus pulling the trigger and discharging the firearm.

Subsequently, FLETC has restricted the use of SERPA-type holsters on their ranges. Many local level law enforcement agencies, however, continue to use the holsters.