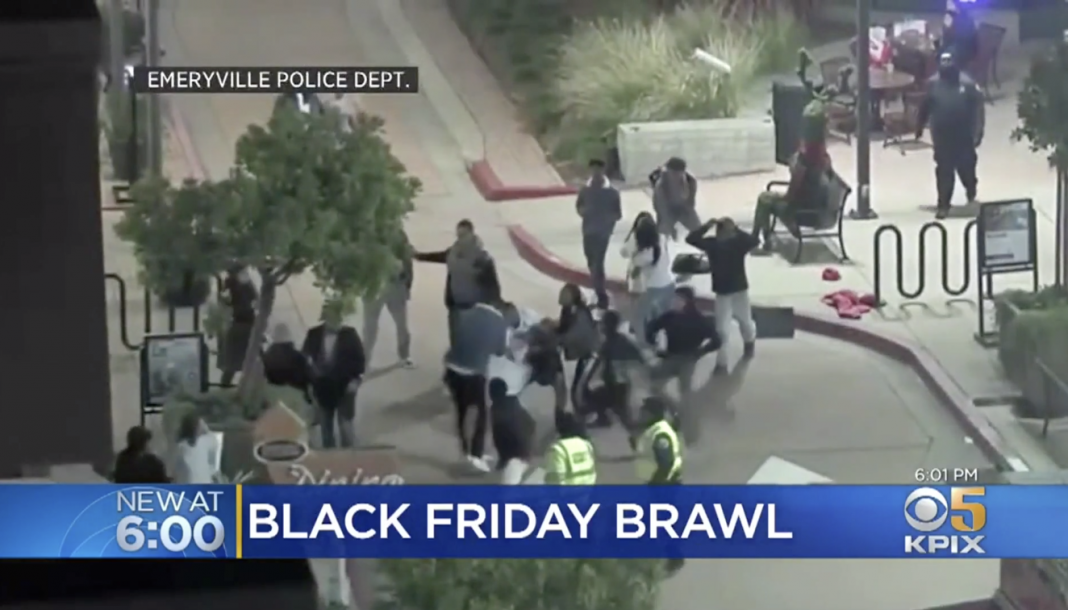 EMERYVILLE — Two boys, ages 14 and 16, were arrested Friday night after a woman trying to get her stolen phone back was attacked and an off-duty California Highway Patrol officer who came to her aid was choked unconscious, police said Monday.

The violent attacks happened about 8 p.m. Friday at the Bay Street Mall.

Police said a 24-year-old woman who had her cell phone stolen earlier confronted a group of juveniles she believed were responsible.

Police said there were about eight in the group and that they became aggressive toward the woman and began pushing her.

Police said an off-duty CHP officer saw the woman being attacked and tried to intervene. The group of juveniles then became aggressive with him and began assaulting him with their fists and feet, police said.

The officer was struck multiple times and was choked unconscious, police said. He was able to regain consciousness and pepper-sprayed a juvenile who was continuing to attack him.

Emeryville police arrived and detained several juveniles. The two arrested were positively identified as being attackers, police said. The stolen cell phone was not recovered.

The two suspects, who are Oakland residents, were arrested on suspicion of assault by means likely to create great bodily injury and battery causing serious injury.

Police are still trying to identify and arrest additional suspects. Anyone with information or who has cell phone video of the attacks is asked to call police at 510-596-3700.

Check back for updates.

“Enough is enough:” Florida sheriff vows to deputize every ‘lawful gun owner’ if protests get out of control

Covid-19 Isn’t Killing Cash. People Are Hoarding More of It