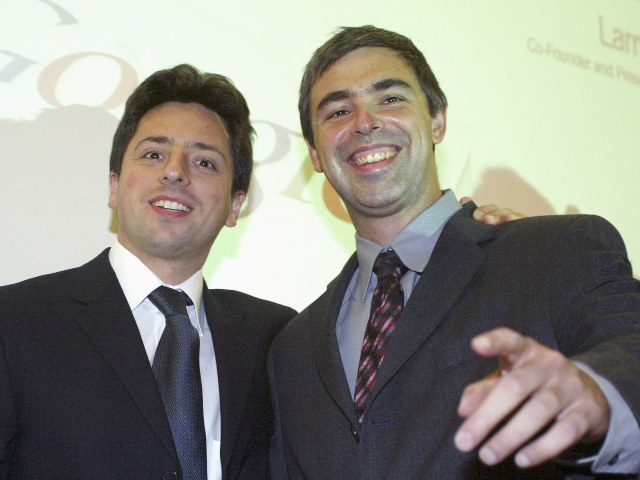 Google co-founder Larry Page has announced he will step down as CEO of Alphabet, the umbrella company that owns Google, YouTube and other former Google subsidiaries. His co-founder, Sergey Brin, will also step down from the company.

Page’s role will be filled by current Google CEO Sundar Pichai, who will become CEO of both Google and Alphabet.

Page and Brin co-founded Google in 1998, growing the company to become arguably the largest and most powerful tech platform in the world. They will stay on as shareholders and as members of Alphabet’s Board of Directors.

The co-founders published a letter to employees announcing their departure, which can be read in full below:

“Google is not a conventional company. We do not intend to become one. Throughout Google’s evolution as a privately held company, we have managed Google differently. We have also emphasized an atmosphere of creativity and challenge, which has helped us provide unbiased, accurate and free access to information for those who rely on us around the world.”

We believe those central tenets are still true today. The company is not conventional and continues to make ambitious bets on new technology, especially with our Alphabet structure. Creativity and challenge remain as ever-present as before, if not more so, and are increasingly applied to a variety of fields such as machine learning, energy efficiency and transportation. Nonetheless, Google’s core service – providing unbiased, accurate, and free access to information – remains at the heart of the company.

However, since we wrote our first founders’ letter, the company has evolved and matured. Within Google, there are all the popular consumer services that followed search, such as Maps, Photos, and YouTube; a global ecosystem of devices powered by our Android and Chrome platforms, including our own Made by Google devices; Google Cloud, including GCP and G-Suite; and of course a base of fundamental technologies around machine learning, cloud computing, and software engineering. It’s an honor that billions of people have chosen to make these products central to their lives – this is a trust and responsibility that Google will always work to live up to.

And structurally, the company evolved into Alphabet in 2015. As we said in the Alphabet founding letter in 2015:

“Alphabet is about businesses prospering through strong leaders and independence.”

Since we wrote that, hundreds of Phoenix residents are now being driven around in Waymo cars – many without drivers! Wing became the first drone company to make commercial deliveries to consumers in the US. And Verily and Calico are doing important work, through a number of great partnerships with other healthcare companies. Some of our “Other Bets” have their own boards with independent members, and outside investors.

Those are just a few examples of technology companies that we have formed within Alphabet, in addition to investment subsidiaries GV and Capital G, which have supported hundreds more. Together with all of Google’s services, this forms a colorful tapestry of bets in technology across a range of industries — all with the goal of helping people and tackling major challenges.

“Google was born in 1998. If it were a person, it would have started elementary school late last summer (around August 19), and today it would have just about finished the first grade.”

Today, in 2019, if the company was a person, it would be a young adult of 21 and it would be time to leave the roost. While it has been a tremendous privilege to be deeply involved in the day-to-day management of the company for so long, we believe it’s time to assume the role of proud parents – offering advice and love, but not daily nagging!

With Alphabet now well-established, and Google and the Other Bets operating effectively as independent companies, it’s the natural time to simplify our management structure. We’ve never been ones to hold on to management roles when we think there’s a better way to run the company. And Alphabet and Google no longer need two CEOs and a President. Going forward, Sundar will be the CEO of both Google and Alphabet. He will be the executive responsible and accountable for leading Google, and managing Alphabet’s investment in our portfolio of Other Bets. We are deeply committed to Google and Alphabet for the long term, and will remain actively involved as Board members, shareholders and co-founders. In addition, we plan to continue talking with Sundar regularly, especially on topics we’re passionate about!

Sundar brings humility and a deep passion for technology to our users, partners and our employees every day. He’s worked closely with us for 15 years, through the formation of Alphabet, as CEO of Google, and a member of the Alphabet Board of Directors. He shares our confidence in the value of the Alphabet structure, and the ability it provides us to tackle big challenges through technology. There is no one that we have relied on more since Alphabet was founded, and no better person to lead Google and Alphabet into the future.

We are deeply humbled to have seen a small research project develop into a source of knowledge and empowerment for billions – a bet we made as two Stanford students that led to a multitude of other technology bets. We could not have imagined, back in 1998 when we moved our servers from a dorm room to a garage, the journey that would follow.

Breitbart News will continue to report on the changing face of Google management.

Are you an insider at Google, Reddit, Facebook, Twitter or any other tech company who wants to confidentially reveal wrongdoing or political bias at your company? Reach out to Allum Bokhari at his secure email address allumbokhari@protonmail.com.