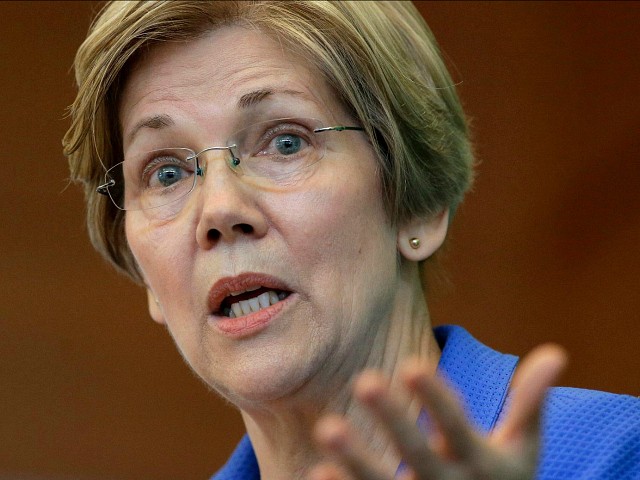 Sen. Elizabeth Warren (D-MA) responded to Mayor Pete Buttigieg’s (D) veiled critique of her “free” college proposal, defending her plan as “an investment in an entire generation of young people.”

Warren defended her “free” college proposal during a campaign stop in Iowa on Sunday, arguing that children should view education as a “first-rate alternative” no matter how much money they come from.

“Because that’s how we build a future full of opportunity,” she said, once again pitching her ultra-wealthy tax, which she claims will cover the majority of her costly proposals.

“Right now, they’re not paying (a) fair share of their taxes, and if they pitch in that two cents, we can provide the money for an investment in an entire generation of young people,” Warren said, according to the Des Moines Register.

“And I think that’s exactly what we should do,” she added.

In a Medium post in April, Warren outlined her plan for universal free public college and the mass cancellation of student loan debt. Warren’s plan promises the cancellation of up to $50,000 in student loan debt and tuition-free two-year or four-year public colleges. While her plan would cost an estimated $640 billion, the presidential hopeful has dismissed as “nonsense” concerns over the cost:

Some people will say we can’t afford this plan. That’s nonsense. The entire cost of my broad debt cancellation plan and universal free college is more than covered by my Ultra-Millionaire Tax — a 2% annual tax on the 75,000 families with $50 million or more in wealth. For decades, we’ve allowed the wealthy to pay less while burying tens of millions of working Americans in education debt. It’s time to make different choices.

Buttigieg, whom the establishment media have glommed onto as one of the more “moderate” candidates of the Democrat 2020 field, released an ad that aired in Iowa markets over the Thanksgiving weekend. In it, he takes a veiled shot at the “free” college proposals touted by both Sens. Warren and Bernie Sanders (I-VT).

“I believe we should move to make college affordable for everybody,” Buttigieg states in the ad.

‘There are some voices saying, ‘Well, that doesn’t count unless you go even further — unless it’s even free for the kids of millionaires.’ But I only want to make promises that we can keep,” he continues.

“Look, what I’m proposing is plenty bold. I mean, these are big ideas. We can gather the majority to drive those big ideas through without turning off half the country before we even get into office, and that, I think, is the best governing strategy,” he asserts:

Buttigieg’s college plan would offer tuition-free college for individuals as well, but only for families earning $100,000 or less.

Rep. Alexandria Ocasio-Cortez (D-NY) tore into Buttigieg’s stance, accusing him of touting a “GOP talking point used to dismantle public systems,” and she shared five defenses for “free” public college for everyone:

This is a GOP talking point used to dismantle public systems, & it’s sad to see a Dem candidate adopt it.

Let’s talk about why Republicans are wrong on this.

Just like rich kids can attend public school, they should be able to attend tuition-free public college.