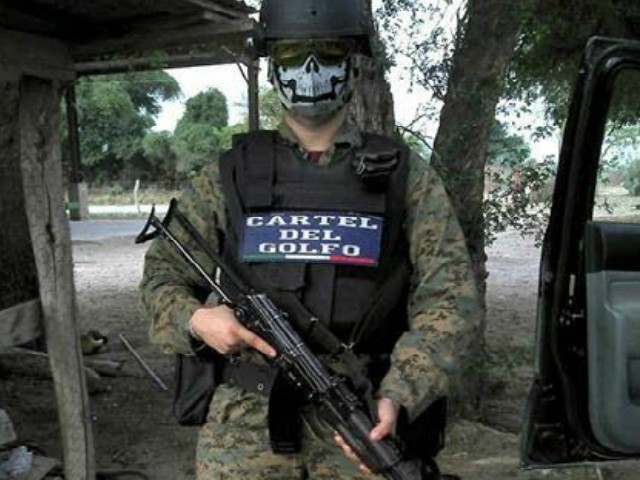 President Donald J. Trump recently announced the United States is on its way to formally designating some of Mexico’s cartels as Foreign Terrorist Organizations (FTOs). The move will have a global impact on the day-to-day capabilities of a designee to operate with impunity. If this designation process comes into effect, it is vital the pubic understands what a potential designation means and how it becomes a reality.

Step 1: The U.S. State Department will consult with state and federal agencies in addition to the broader intelligence community to determine whether any law enforcement, diplomatic, or intelligence concerns prevent the designation of the target organization. If any of these have a concern, it can elect to place a hold on the proposed designation. This is where the process can stall indefinitely.

Step 2: As required by law, an administrative record is generated which is a compilation of classified and unclassified data demonstrating the target organization meets the statutory criteria for FTO designation.

Step 3: The administrative record is sent to the Departments of Justice and Treasury for approval. A final version is submitted to the U.S. Secretary of State. From here, the interagency clearance process is complete.

Step 4: After that Secretary of State completes their review, they decide whether to support the effort. It would be unusual for a non-concurrence at this stage.

Step 5: State is required to notify Congress seven days before an organization is formally designated.

Step 6: State is required to publish the designation announcement in the Federal Register and, upon publication, the designation is effective for purposes of penalties that would apply to persons who provide material support or resources to the newly designated FTO.

Every FTO member, associate, or affiliate may be prosecuted or deported under U.S. laws. Those who provide financial or material support can have all their assets frozen within the United States. The designation also allows for imposing immigration restrictions upon members.

These key capabilities add a tremendous opportunity for U.S. law enforcement to directly confront the FTO versus the current model of building criminal conspiracy cases for years while narcotics surge into the country and proceeds earn interest.

The FTO designation mandates U.S. financial institutions that are aware they are in possession of assets from an FTO or its agents must take control. As that process occurs, they must report known assets to the U.S. Department of Treasury.

The financial markets on a global scale must consider the threat of knowingly processing cartel funds. Authorities can send people to jail for supporting cartels, but you must disrupt the ability to make money in order to bring down organizations for good. U.S. law enforcement and the intelligence community have openly discussed the importance of following and seizing funds to cripple a terrorist’s operational capabilities. Attacking a cartel’s financial network is a lengthy process under conventional bureaucratic rules in the absence of an FTO designation.

Speed is critical when using U.S. financial institutions to move money before law enforcement can act. It is expensive to employ armies of gunmen with military-grade weapons.

This is expected to become one of the more complex issues of the FTO designation. Critics rightfully argue that every drug dealer might be charged with material support cases. To avoid this, the Department of Justice must establish internal policies featuring a tiered strategy to ensure that only priority FTOs are eligible to receive these charges. Violations of support laws are punishable by fines and sentencing, ranging up to life in prison if a life is lost based on the actions of those accused.

Another important aspect of the topic of material support deals with training. It is a crime to receive or support military-style training that will directly benefit an FTO. The conviction of anyone involved in supporting this process is vital to disrupting cartels. The Department of Justice may also bring civil forfeiture actions against assets connected to terrorism offenses, including the provision of material support to FTOs. To date, no civil forfeitures have taken place. With the President’s declaration, that could soon change. Mexican cartels have operated on American soil for decades with legal repercussions mainly limited to individual arrests and relatively minor financial seizures.

For far too long, family members and friends of cartel operatives have been able to live and move throughout the United States almost at will. An FTO designation could change that fact. Policies on immigration status can be adjusted to attack one of the foundations of the cartels: the people in the U.S. who directly and indirectly support them. Denial of immigration status could be based upon verified ties to known FTO cartel members and families. In the law enforcement community, it is a well-known fact the supporters of cartels spend a great deal of their time and money inside the United States.