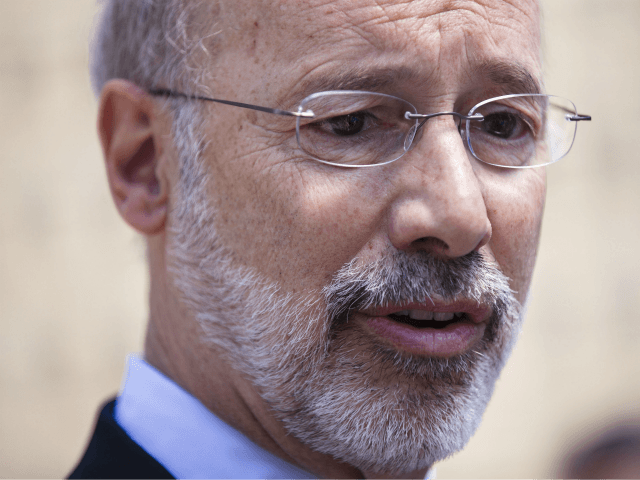 Pennsylvania Democrat Gov. Tom Wolf vetoed legislation Thursday that would have prohibited abortions based on a prenatal diagnosis of Down syndrome.

Another attack on abortion: VETOED ✅ pic.twitter.com/xpV63KVVAV

“There is no evidence that this bill is needed in Pennsylvania,” Wolf said in his veto message, and added:

This legislation is a restriction on women and medical professionals and interferes with women’s health care and the crucial decision-making between patients and their physicians. Physicians and their patients must be able to make choices about medical procedures based on best practices and standards of care. The prohibitions under this bill are not consistent with the fundamental rights vested by the Fourteenth Amendment of the United States Constitution.

“I was simply the beneficiary of what I call the ‘random lottery of birth.'” – John Fetterman.

Wolf continued he was not aware of disability rights groups that support the bill, though elected representatives in both chambers of the state legislature passed it.

This important piece of legislation reminds us that every human life has dignity & worth…even those with Down Syndrome. I stand with these perfectly imperfect individuals. My 36-yr-old niece was born with Down Syndrome. Allison’s parents chose life. @RepKateKlunk @PASenateGOP pic.twitter.com/sYHDa1wN5Q

In an earlier message in which he indicated he would be vetoing the bill, Wolf criticized the pro-life community stating, “This bill masks yet another attempt to ban abortions and put politicians between a woman and her doctor.”

I agree with Senator Ward’s statement and commend Rep Klunk, the primary sponsor of HB321. This bill that I co-sponsored just passed the Senate. @SenatorJWard @RepKateKlunk https://t.co/GevA2YACzW

I believe that every single child should have the right to live a full and productive life, no matter what their circumstance might be.

You can watch my comments I offered in support of @RepKateKlunk‘s #PAHouse Bill 321 today 📺👇 pic.twitter.com/cdmkFaaVck

In December 2017, Wolf also vetoed a measure that would have banned dismemberment abortion — also known as dilation and evacuation abortion (D&E) — which is generally performed during the second trimester of pregnancy. During this procedure, the unborn baby’s limbs are torn off its body prior to removing him or her from the mother’s uterus. Wolf said the ban was “extreme” and “restrictive” for women.

Planned Parenthood — the nation’s largest abortion business —announced in June 2018 it would be spending $1.5 million to ensure Wolf was re-elected last November.