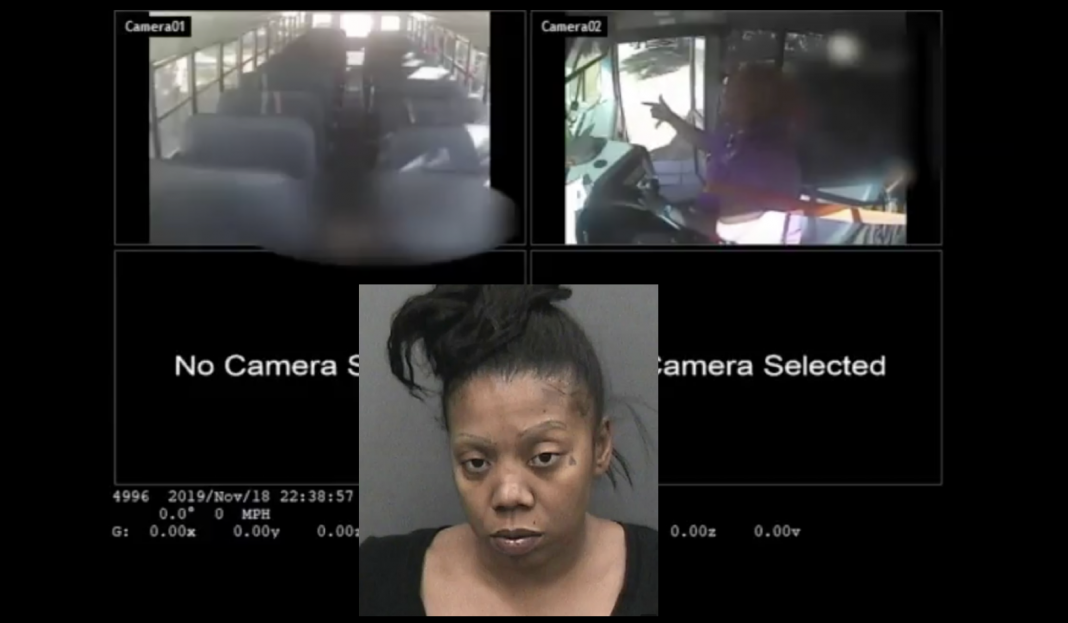 TAMPA — A Hillsborough County woman was arrested Tuesday after deputies said she purposely drove her car into a school bus.

According to the Hillsborough County Sheriff’s Office, Ashley Laquita Moore, 34, the aunt and maternal guardian of a child who was on the bus, parked and waited to pick up the child at a bus stop Monday near Early Run Lane and Herons Path Place in Riverview.

When the bus arrived, deputies say Moore refused the driver’s request to get out of her car to pick up the child, which is required under Hillsborough County Public School guidelines.

The driver told Moore that if she did not leave her car, the child would have to be returned to school.

Moore still did not comply.

As the driver pulled away from the stop, Moore drove her car into the bus’ path, striking the back of it, in an attempt to prevent it from leaving, deputies said.

The Sheriff’s Office released surveillance video of the incident.

The child Moore was waiting to pick up was the only student on the bus at the time.

Nobody on the bus was injured, according to deputies.

Moore faces charges of aggravated assault with a motor vehicle and culpable negligence.

2 officers fatally shot, one injured and 4 homes burned to the ground in Hawaii