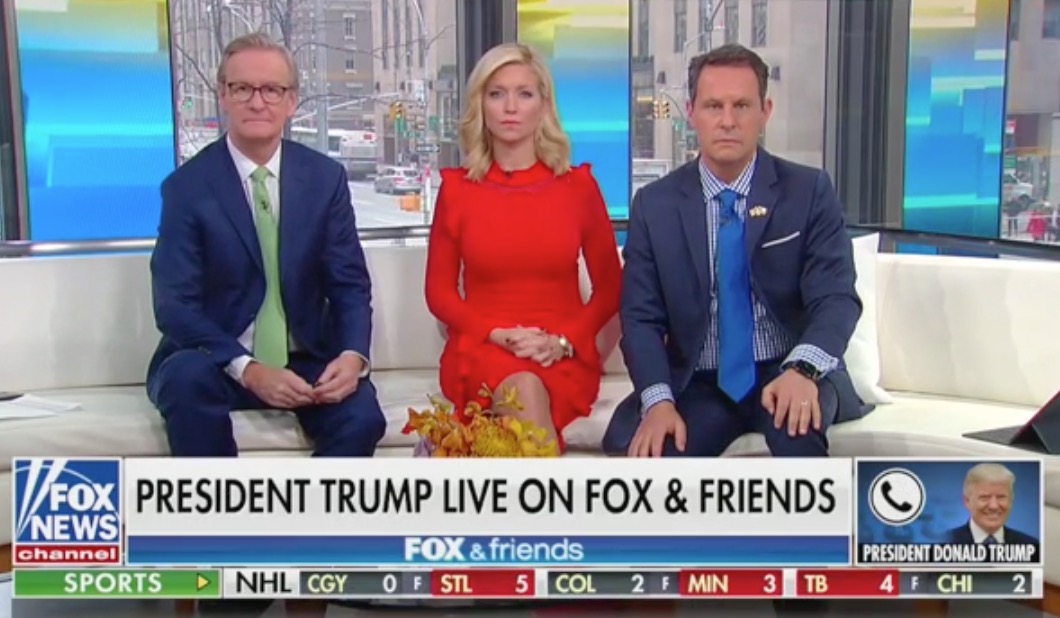 In a lengthy interview with Fox & Friends Friday morning, the first since impeachment inquiry hearings appear to have wrapped up, President Donald Trump proclaimed “I want a trial,” in the matter of Trump’s alleged plot to seek domestic political help from a foreign entity.

In a question designed to praise Republican Rep. Elise Stefanik, Trump quickly turned to the overall ordeal. “The bottom line is, all of those witnesses, they’re all shifty Schiff’s,” he noted, adding “don’t forget there was no due process. You can’t have lawyers. We couldn’t have any witnesses.”

He then said “we wanted to call the whistleblower. You know who I want as the first witness, frankly, I want a trial.”

Trump replied “Oh, I would! Look, number one, they should never, ever impeach.”

He then cited as evidence the flurry of pro-Trump legal analysis he had seen on Fox News. “I watched, I watched five people on your network yesterday say there’s nothing here. Andy McCarthy, how about Ken, special prosecutor,” Trump said.

“Special counsel. Ken Starr, he was fantastic, he said there’s nothing here. So ready? Number one, there should never be an impeachment. This is not an impeachment,” Trump concluded.

Watch above via Fox News.

Why Is the Trump WH Gifting TikTok to the Big Tech...