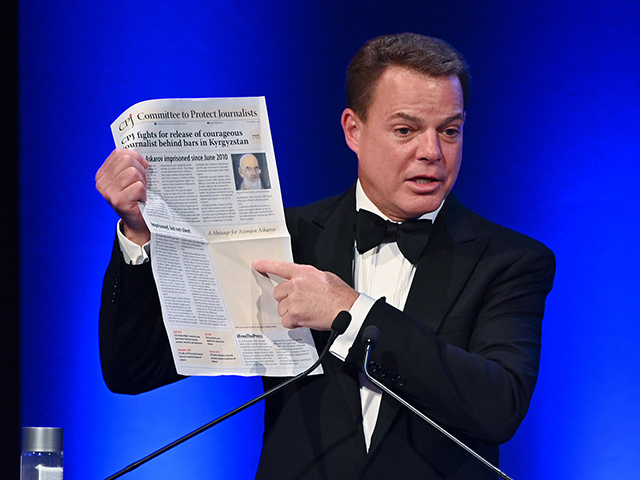 Smith, known for his critical coverage of the Trump administration, made the remark in a speech before the 2019 International Press Freedom Awards in New York City.

“Intimidation and vilification of the press is now a global phenomena,” Smith, who hosted the event, said before taking a veiled swipe at President Donald Trump. “We don’t have to look far for evidence of that.”

“Our belief a decade ago that the online revolution would liberate us now seems a bit premature,” Smith continued. “Autocrats have learned how to use those same online tools to shore up their power. They flood the world of information with garbage and lies masquerading as news… There’s a phrase for that.”

“They dispatch troll armies after critical reporters, who are vilified and harassed. Their personal information – such as phone numbers, address, ID numbers – posted and published as an invitation for even more attacks,” he added.

“In other words, they did their jobs as reporters and editors in countries that portray themselves as democracies,” he said.

Smith also announced a personal donation of $500,000 to the Committee to Protect Journalists.

Smith announced October 11 on his weekday program Shepard Smith Reporting that it would be his final broadcast for the network. Smith joined Fox News in 1996 and covered major news stories for over two decades. He held the title of chief news anchor and managing editor of the organization’s breaking news department. Days after Smith’s departure, CNN President Jeff Zucker signaled that he is “very open” to hiring the veteran anchor, praising him as a “great journalist” and “incredibly talented.”

“I would be very open to talking to him,” Zucker told CNN chief media correspondent Brian Stelter at the network’s CITIZEN forum.