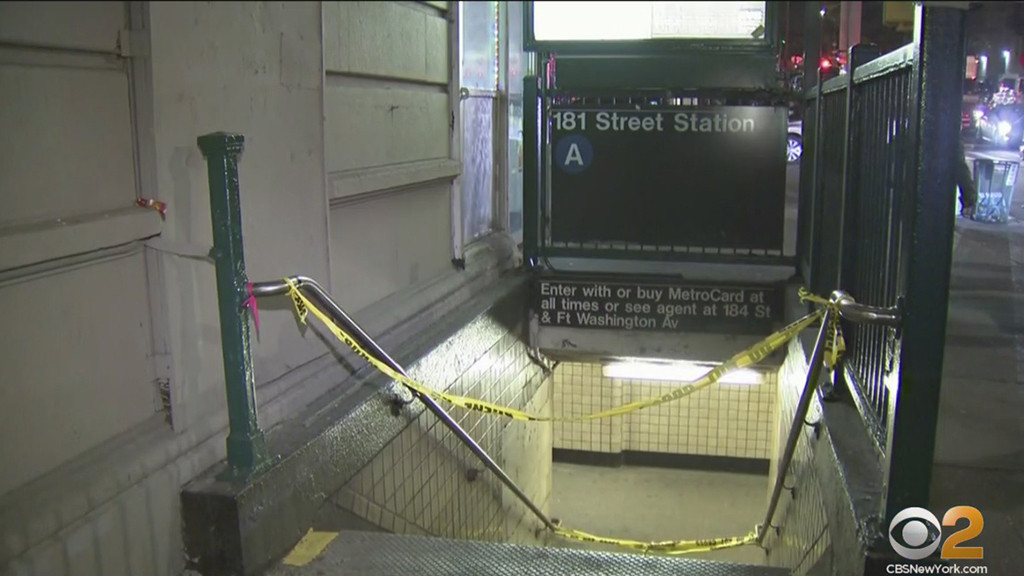 The latest happened last night at the 181st Street subway station in Washington Heights. Police said a 39-year-old man was slashed in the face and neck after he accidentally bumped into another man.

“I usually feel safe. So when we hear things like this, it’s very surprising to us,” said a 14-year-old boy who takes the train to school every day.

“I have a little one and I don’t want it happening here or anywhere,” a woman said.

“It’s shocking because it’s so rare,” a man added.

MORE: Subway Rider Slashed In The Face After Bumping Into Attacker In Washington Heights, Police Say

About an hour later, a female conductor had water thrown in her face in East New York, Brooklyn.

She was the second conductor attacked in Brooklyn this week. Another was slapped in the face Wednesday in Gowanus.

Police also continue to search for a group of suspects accused of antagonizing a dog and attacking its owners Wednesday on board a Queens-bound E train in Jamaica.

According to NYPD numbers, some subway crimes are on the rise.

Transport Workers Union Local 100 President Tony Utano told CBS2 that complaints by transit employees for these kind of crimes are up about 40%.

“Getting spit on, getting punched, getting urine thrown on them. Lots of different stuff going on,” he said.

In a statement earlier this week, the MTA said the NYPD’s numbers reflect the continued need to protect employees and customers.

Back in September, the agency said it would be hiring 500 additional transit police officers.