Home Conservative Life Mr. Rogers’ message of kindness and empathy is needed more than ever 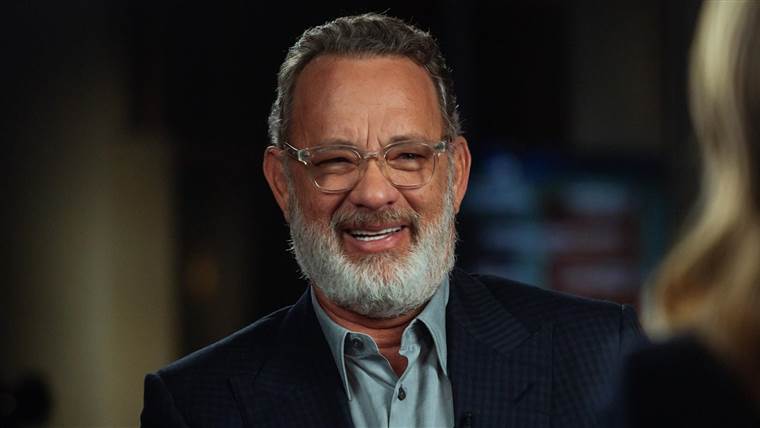 In this era of partisan divisions, Joanne Rogers often laments how much this generation of children could use the kindness radiated by her late husband.

“I’ve never known it in my life to be like this (time period),” she told NBC News ahead of the Thursday release of “A Beautiful Day in the Neighborhood.”

“One of the most important things to Fred was reconciliation. I think he would be appalled,” she says of the political discourse of this era. “I am appalled.”

So, it’s no coincidence that “A Beautiful Day in the Neighborhood” — inspired by the true story behind Tom Junod’s 1998 Esquire cover profile on children’s television icon Fred Rogers, and the salve the experience had on the journalist’s own fractured family life — is coming out now at a time when a majority of Americans are angry at the country’s political establishment and pessimistic about its future.

“When Peter Saraf, one of the producers, sent the script to me, it made me weep,” director Marielle Heller said. “It felt so important and it felt like something I wanted to spend my time doing and I could feel like I’m putting something good out into the world by making this movie.”

And right now there doesn’t seem to be an obvious heir.

Nearly 900 episodes of “Mr. Rogers’ Neighborhood” ran on National Education Television (which later became the Public Broadcasting Service) from 1968 to 2001. The show’s host used puppets, songs and an endless supply of empathy to help kids through tough issues, including death and divorce. Rogers dipped his toe into the civil rights movement in a 1969 episode that featured him cooling off his feet in a wading pool with the black actor François Clemmons, who played a police officer. That was a breach of a major color barrier at a time when many swimming pools across the country were still segregated along racial lines.

Let our news meet your inbox. The news and stories that matters, delivered weekday mornings.

It’s hard to imagine for those brought up on endless streaming options and social media, but during a time when there was a true national television audience, Rogers was as respected by a generation of children as newscasters Walter Cronkite and Tom Brokaw were by their parents.

Joanne Rogers believes that the message is still potent for a generation of young children who are learning mass shooting safety drills in kindergarten, and hopes that parents who grew up with the show are introducing it to their own kids through reruns.

“Little children from 2 to 5 — Fred Rogers’ audience — aren’t going to be thinking of partisan politics, they aren’t going to be users of social media at that age, they’re too little,” said Sandra Calvert, a professor of psychology at Georgetown University, who researches children’s interaction with media. “What their parents are looking for them at that age is for first cognitive experiences that are going to give them a foundation to succeed in their lives.”

“Teaching children at young ages about values of kindness, and empathy and caring for others, is something as a culture would make us flourish if we spent more time doing that,” she added.

Rogers, an ordained Presbyterian minister, preached love; and, as his wife puts it, “the show was Fred’s ministry.”

That message may now seem as quaintly antiquated as Rogers’ method of looking at the camera to engage the television audience, in what Calvert calls a “parasocial” relationship — the host couldn’t have known to whom he was speaking on the other side of the screen, but made those viewers feel he did.

There was also his patented slow, methodic delivery.

“That style was able to thrive at a time when the rest of television was speeding up, as exemplified by the much faster and flashier ‘Sesame Street,'” said Robert Thompson, professor of television and popular culture at Syracuse University’s S.I. Newhouse School of Public Communications.

“There was this sense of timelessness with ‘Mr. Rogers’ Neighborhood.’ The older you get, the more you long for a Mr. Rogers. Nobody else has had that selfless, calm and zen-like peace in them,” Thompson said.

There was only one person that Heller could picture donning the red cardigan sweater of the children’s television icon — Tom Hanks, a regular fixture atop polls of the most trusted Americans and, as Ancestry.com ferreted out, a distant cousin of Rogers himself.

“There are few people we feel as warmly towards as Tom Hanks,” Heller said. “And he represents some part of our heart that feels similar to how we feel towards Mr. Rogers. And there’s almost nobody else I can think of who we feel that way about.”

In fact, during Joanne Rogers’ interview with NBC News at Sunday’s press junket for the film in New York City, the actor bounded into the room to give the 89-year-old woman a neighborly hug.

Those who knew him swear Fred Rogers, who died of stomach cancer in 2003, was every bit the kind-hearted soul he came across as on television. That didn’t mean he didn’t feel frustration or anger: His wife likes to tell a story about a time when her stressed husband decided he needed to see an ocean wave — not something readily available near their Pittsburgh home.

After a two-hour drive to the shore of Lake Erie, he arrived to find no waves, but just knowing that he tried, soothed him.

“Joanne said something so profound to me, which we added almost verbatim in the movie,” Heller said. “She said, ‘Listen, it’s important for you to know that he was not a saint. Because if you think of him as a saint, then his message is unattainable.’

“When she said that to me, it clicked for me … all of us could be kind. The person who takes the mantle, the person to pass the torch to, was all of us.”