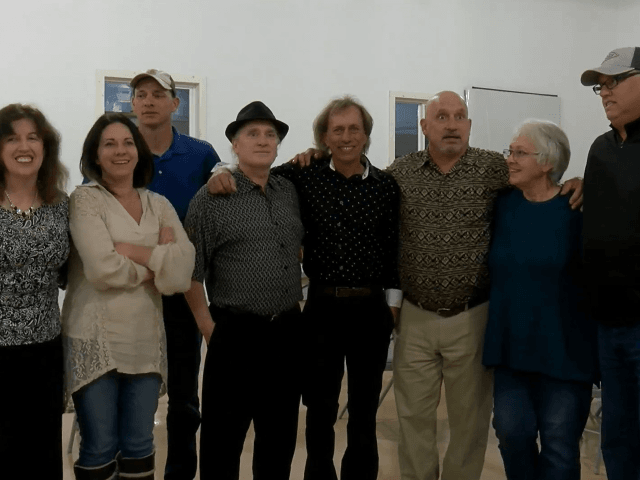 A 63-year-old Missouri man realized he had become a half brother to seven different siblings 51 years later after he took a DNA test using ancestry.com.

Jimmy Seville, 63, initially knew he had a different dad growing up and sought to find him when he was old enough.

“Twelve years old I knew I had a different dad,” Seville told WDAF. “And then my goal was when I got old enough that I would seek out this person.”

He thought he found his dad in 1995, but he turned out to be wrong.

“And turned out he wasn’t my dad,” Seville said. “So I kinda gave up, and I start back looking.”

In September 2019, Seville took a DNA test with ancestry.com when the name “Dylan Decker” came up.

“Mom says I need to tell you something,” Seville recalled his mother telling him in October. “She pulls out a manila envelope and in that envelope is a picture of a gentleman in a Navy uniform. Young, good-looking, and she says ‘this is your dad.’”

Seville said he was irked by his mother’s decision to hide this information from her, but he decided to remain cordial with her.

Seville also learned that his dad was dead shortly after finding out about his existence.

“The obituary kinda threw me because usually they put all your siblings and connections and everything and nothing was there,” Seville said.

Seville’s curiosity brought him to Facebook, where he typed in several names in connection with his late father. A Facebook conversation between one of the brothers, Donald Decker, led to their meeting in person on November 15.

“I knew right off the bat that he was my brother,” Donald Decker said. “His eyes were just like my father’s, his hands had the same hairline.”

Seville said he plans to meet with his reunited family members more often.