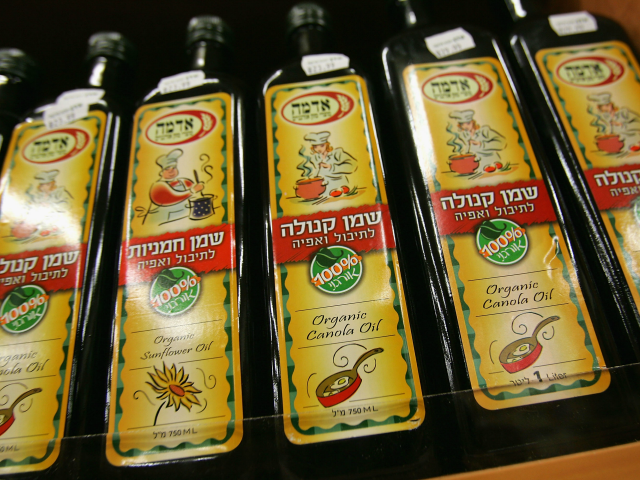 The European Court of Justice has ruled that Israel will no longer be able to label products “Made in Israel” if they were made in settlements in the West Bank.

The new rules will affect several goods including fruits, vegetables and wine made in Israeli settlements in the West Bank that will be required to be specially marked in order to be able to be sold in European stores, tabloid Bild reports.

Felix Klein, the German Federal Government Commissioner for Jewish Life, slammed the ruling saying, “The verdict is a classic case of a double standard. Israel is treated differently than other nations. In any case, I am not aware of any EU efforts to label products from other disputed areas, such as Crimea or Western Sahara. Here, politics is conducted under the guise of consumer protection law.”

Press from across the German political spectrum also condemned the move with even the left-wing Tageszeitung (Taz) stating, “it is particularly ironic that on a day when Tel Aviv is under rocket fire from the Gaza Strip, the European Court of Justice (ECJ) ruled in favour of the labelling obligation for settlement products.”

Israel’s Foreign Minister Israel Katz also commented on the ruling saying, “The judgment of the European Court of Justice is morally and fundamentally unacceptable.”

He added that the move could “encourage radical anti-Israeli groups to advance boycotts against Israel.”

Last year, populist Alternative for Germany (AfD) MP Petr Bystron claimed that anti-Israel groups already held some influence in the German government, noting how the government had granted millions of euros to groups accused of being pro-Hamas.

“While many media portray us as racist or even fascist, we strongly support Israel and the Jewish community in Germany – much as Israel is demonised in many media in the West,” he said.

The government of the United States has also made a statement on the ruling with a State Department official telling media on Wednesday that the country was “deeply concerned.”

“The circumstances surrounding the labelling requirement in the specific facts presented to the Court are suggestive of anti-Israel bias,” spokeswoman Morgan Ortagus noted and added, “America stands with Israel against efforts to economically pressure, isolate, or delegitimize it.”

Helicopter crashes into Tennessee River; 3 escape, 1 is being sought: reports

Trump’s Pandemic Response Is ‘Chaos’ — They Have ‘Learned Nothing in...

Helicopter crashes into Tennessee River; 3 escape, 1 is being sought:...

Portland man, 18, charged with assaulting US marshal during courthouse protest