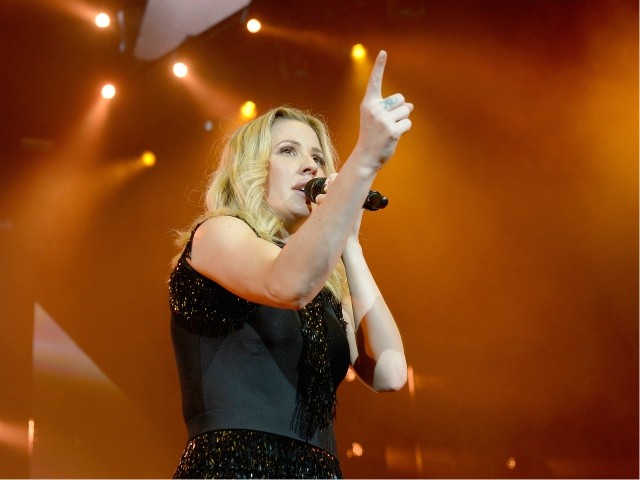 English singer Ellie Goulding threatened on Tuesday to pull out of her planned halftime show performance later this month during the Dallas Cowboys and Buffalo Bills Thanksgiving Day game unless the Salvation Army made a “solid, committed pledge or donation to the LGBTQ community.” Now the Grammy-nominated singer is partnering with the historic organization.

“We’d like to thank Ellie Goulding and her fans for shedding light on misconceptions and encouraging others to learn the truth about The Salvation Army’s mission to serve all, without discrimination,” the organization said in a statement. “We applaud her for taking the time to learn about the services we provide to the LGBTQ community. Regardless of race, ethnicity, sexual orientation or gender identity, we’re committed to serving anyone in need.”

The Thanksgiving game kicks off the Salvation Army’s two-decade-old Red Kettle campaign, which the group said begins “a season of giving that helps support these and many other programs and services throughout the country.”

However the singer protested the event, as FOX4 reported, Goulding wrote:

Upon researching this, I have reached out to The Salvation Army and said that I would have no choice but to pull out unless they very quickly make a solid, committed pledge or donation to the LGBTQ community. I am a committed philanthropist as you probably know, and my heart has always been in helping the homeless, but supporting an anti-LGBTQ charity is clearly not something I would ever intentionally do. Thank you for drawing my attention to this.

It didn’t take long though for the Salvation Army to respond to Goulding, dispelling what it called “myths” about its charity work.

“With an organization of our size and history, myths can perpetuate,” a spokesperson for the Salvation Army told NBC5. “An individual’s sexual or gender identity, religion, or lifestyle has no bearing on our willingness to provide service. We stand firmly behind our mission to meet human needs in His name without discrimination.”

Goulding is now helping to promoting the organization’s charity work, posting about a recent event to her social media.

Jerome Hudson is Breitbart News Entertainment Editor and author of the bestselling book 50 Things They Don’t Want You to Know. Order your copy today. Follow Jerome Hudson on Twitter @jeromeehudson.

Florida boy, 9, saves dad who fractured his neck in swimming...