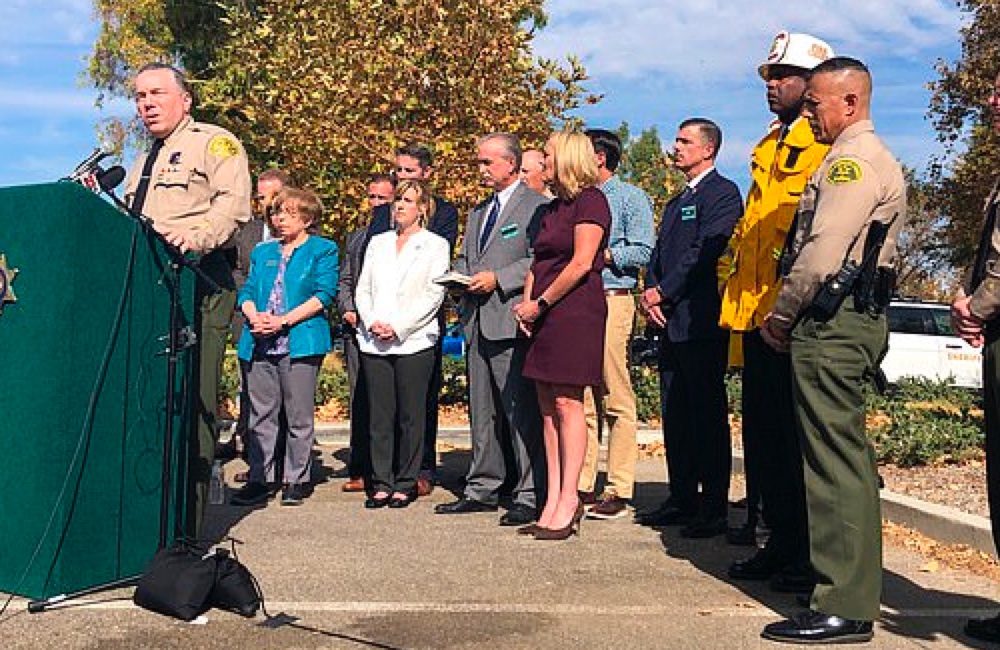 This is a breaking news story. Check back for updates.

One person has died and several others are in critical condition following a shooting Thursday morning at Saugus High School in Santa Clarita, near Los Angeles, sheriff’s officials say.

Sheriff Alex Villanueva told KCBS that a 15-year-old believed to be the shooter is in custody and being treated at a hospital after shooting himself in the head. Two of the six people injured in the shooting have died, he said.

A female student, aged 16, has died of her injuries, along with a 14-year-old male student.

But Villanueva said in a live phone call to the station that he did not know how many of the injured are students, teachers, or other school employees.

He said the teen gunman apparently shot himself, and said he was not shot by a deputy. Authorities had been searching for the teen, unaware that he had already been taken to a hospital.

“The threat has been eliminated,” Villanueva said.

Villanueva described an “avalanche” of 911 calls after the shooting, adding that some off-duty sheriff’s personnel had been dropping their children off at the campus at the time.

Henry Mayo Hospital confirmed on Twitter that one of the injured being treated there had died.

Authorities received reports of a shooting at the campus just before 8 a.m., according to the Los Angeles Times.

“I am terrified for everyone at Saugus High School,” wrote one woman on Twitter. “It’s 10 minutes from my home. I have good friends that go to school there, they are twins. Max got walked to the nearby park. Madison saw the shooting and ran to a room with no lock, she (barricaded) herself in.”

“All of a sudden we hear this distinctive sound outside, so my teacher quickly sprang to his feet,” said student Mason Peters, KCBS reported. “Got up, locked the door, (he) asked one of the students to get the keys. So we reinforced it. Turned off all the lights. Then we got a bunch of desks and stuff and reinforced the doors. And then we all stayed hidden.”

“My friends who are still stuck in school, they’re hiding in closets,” one teenager at the school said, according to CNN.

“She heard the shots as well, she was in the quad where it started, and ran to the band room and locked the door behind her and told everybody to get down,” Skiba said, according to the network.

One injured student was found in the school choir room, KCBS reported.

The city of Santa Clarita, which is about 40 miles north of Los Angeles, reported that a reunification point for students and parents had been established at Central Park.

All schools in the William S. Hart District have been locked down, the Los Angeles Times reported.

Reaction to reports of the shooting poured in from across the United States.

Trump’s Pandemic Response Is ‘Chaos’ — They Have ‘Learned Nothing in...

Helicopter crashes into Tennessee River; 3 escape, 1 is being sought:...

Portland man, 18, charged with assaulting US marshal during courthouse protest