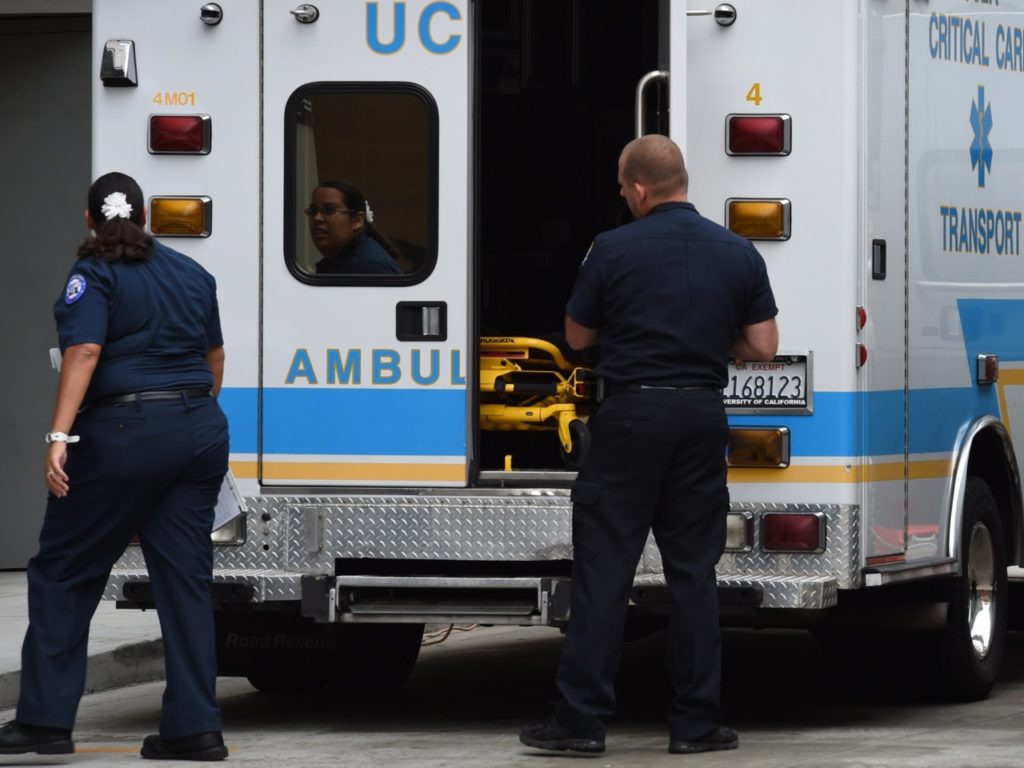 NBC Los Angeles reports “at least six people were shot” but there is no information on their condition.

KTLA reported that deputies “responded after receiving a gunshot wound call just before 7:40 a.m..”  The noted “at least three victims” were seen being treated.

Police are now searching for the gunman, described as a “male Asian” wearing black:

Saugus High School is on lockdown, as is a nearby elementary school.

California has an “assault weapons” ban, universal background checks, firearm registration requirements, a one-handgun-a-month purchase limit, a requirement that would-be buyers secure a safety certificate from the state before purchasing a gun, a 10-day waiting period on gun purchases, and ammunition controls, among other things.

Teachers in California are also prohibited from possessing guns with which to shoot back if under attack.