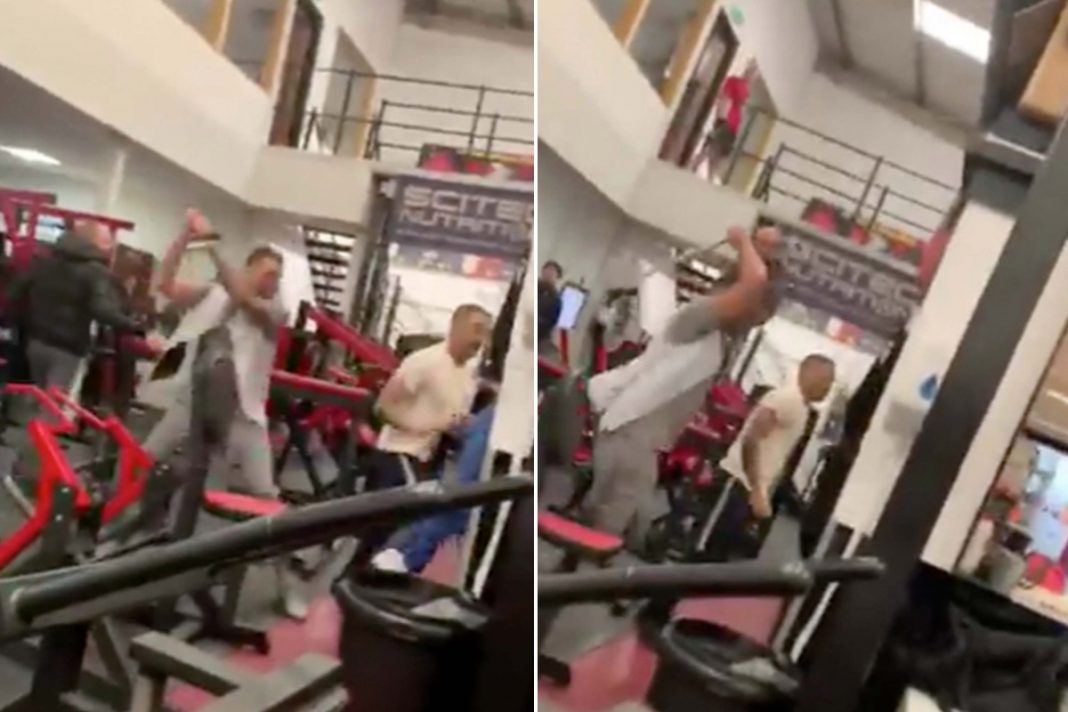 British dumbbells used workout equipment to attack each other during a terrifying caught-on-camera gym brawl.

The wild footage shows one workout warrior screaming obscenities as he swings around the metal bar from a pull-down machine — smashing it against a counter that another gym-goer had just leaped over.

As other gym-goers abandoned their workouts to run for cover, another clip shows the attacker using a smaller bar to repeatedly bash a man who was curled up in a ball on the ground.

A 17-year-old boy suffered bruising and cuts and a 27-year-old man suffered a cut above his eye in the attack last Thursday, Essex police told the Sun.

The attackers have been banned for life from the Ab Salute Gym in Brentwood, which called it an “isolated incident” in a Facebook message to members.

“We do not condone violence in any of our gyms and take this very seriously,” the gym said, adding it was working with police.

“The individuals concerned have been banned from our gyms for life.

“We are deeply sorry to anyone who witnessed this incident or has been affected by it.”