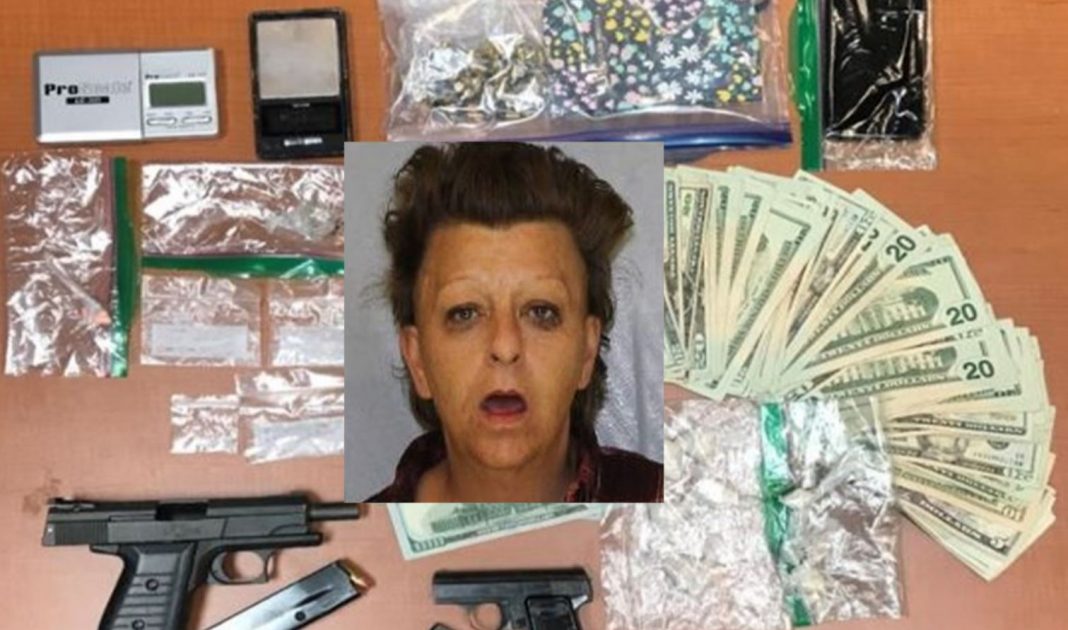 The wife of the Flowery Branch police chief was one of three people arrested last week when narcotics agents seized about $6,500 worth of heroin and methamphetamine from a Gainesville home.

Samantha Sheri Spillers, the wife of Chief David Spillers, has been in the Hall County jail since her Nov. 7 arrest for heroin possession, authorities said.

The bust was organized by Hall County’s Multi-Agency Narcotics Squad at the home of Albert Lee Scott and Samantha Ann Shugrue in the 2000 block of Ridgeway Drive, police said last week.

Inside the home, agents discovered about 20 grams of heroin packaged in multiple bags, approximately five grams of meth, four Xanax pills, two firearms and $3,000 in cash. Scales, syringes and ledgers to keep track of the alleged drug sales were also seized, according to police.

“Many families have been impacted by addiction and, unfortunately, Chief Spillers has been placed in the difficult position of dealing with his wife’s sickness,” Flowery Branch City Manager Bill Andrew wrote in an emailed statement to AJC.com. “I have been aware of this situation and have determined it has not been an impediment to Mr. Spiller’s performance as Chief of Police.”

According to the city, David Spillers joined the department in the summer of 2006. He was promoted to police chief in July 2012.

Samantha Spillers, Scott and Shugrue all remain held at the Hall County jail.

Shugrue is the only defendant who has been given bond, records show. She is eligible for release if she can come up with $4,600.

‘Back the Blue’ outside Tampa police headquarters did get proper permitting,...

Florida house fire that killed husband, wife being investigated as a...

Thousands of Anti-Putin Protesters Turn Out for Fourth Week