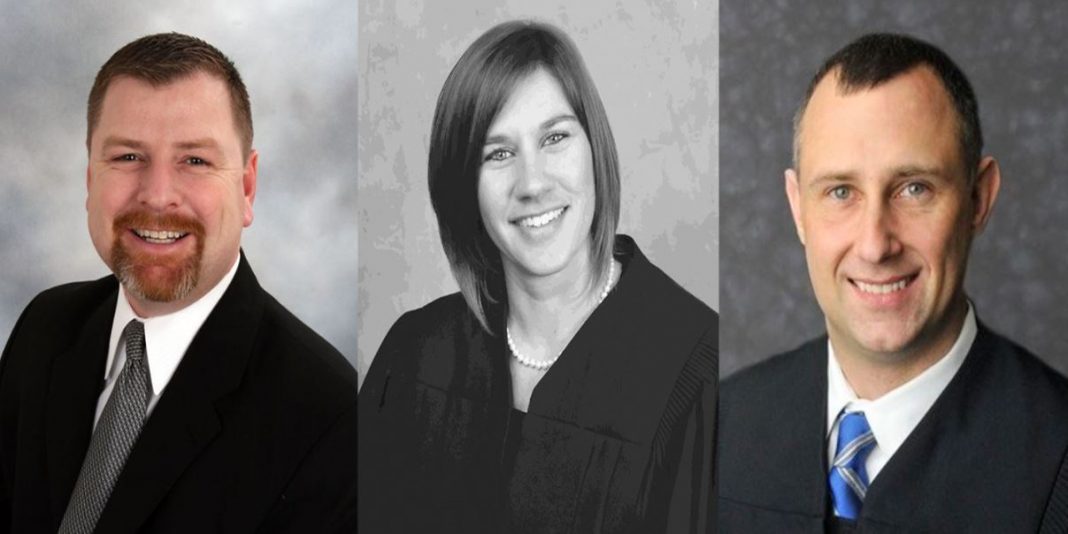 Three judges have been suspended after becoming involved in an alcohol-fueled shootout outside of an Indianapolis White Castle burger joint.

Judges Bradley Jacobs, Andrew Adams and Sabrina Bell have all been suspended without pay following the incident, which took place on May 1.

In town for the annual Spring Judicial Conference, the three judges found their night disrupted after they discovered the local strip club was closed.

Sidetracked, the three went to White Castle, where they encountered an SUV occupied by Alfredo Vazquez and Brandon Kaiser.

According to Newsweek, the two men yelled something from their vehicle, prompting the female judge to flip them off. Insulted, Kaiser and Vazquez dismounted from the SUV and began fighting Adams and Jacobs.

A fourth judge, Clark County Magistrate William Dawkins, was eating at the time of the fight and saw the two SUV occupants flee the scene.

At the hospital, Adams admitted drinking a lot prior to the fight.

Not long after the incident, Kaiser and Vazquez were rounded up by law enforcement. Already sentenced to 180 days of home detention, Vazquez reportedly violated his parole for a previous crime by engaging in the fight.

Kaiser is expected to stand trial next year for eight felony charges.

The judges were suspended after a court ruled that they were “engaged in judicial misconduct by appearing in public in an intoxicated state and behaving in an injudicious manner and by becoming involved in a verbal altercation.”

As if getting shot wasn’t bad enough, Adams spent two days in jail for misdemeanor battery, with the remaining 363 days of his jail sentence suspended. He will be suspended from his work for sixty days, while his cohorts will both see thirty days without pay.

2 officers fatally shot, one injured and 4 homes burned to the ground in Hawaii