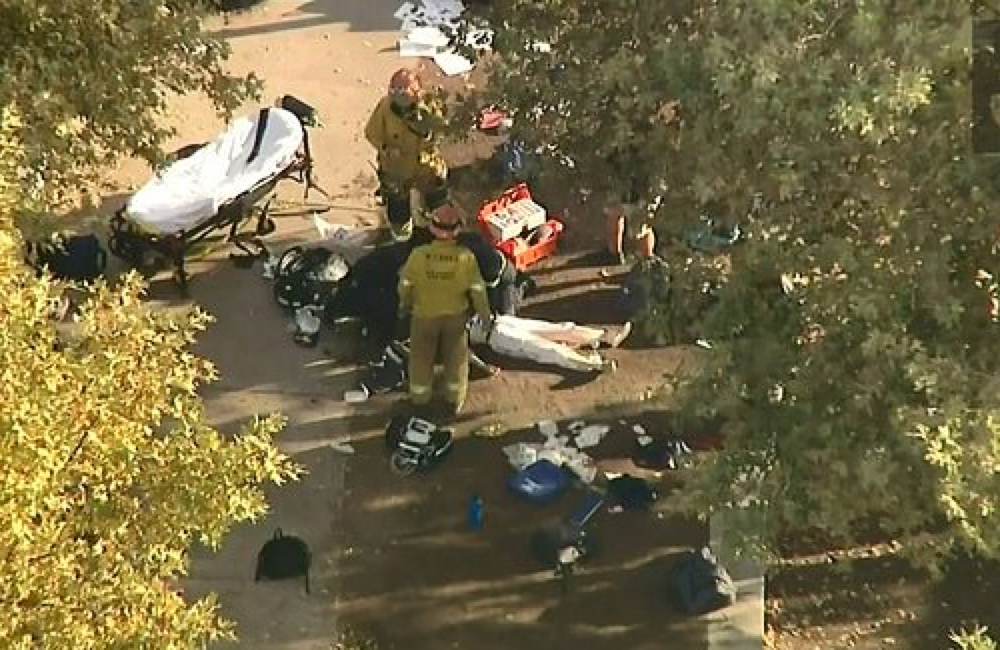 A teenager in California was taken into custody after shooting six students in Santa Clarita.

The student, who is reported to be around 15 years of age and Asian, reportedly shot several of his classmates at Saugus High School this morning before being apprehended in a nearby residence.

According to the Daily Mail, the Los Angeles County Sheriff’s Office took the suspect into custody and the LA County Fire Department reported at least five to six wounded.

Three victims are reported to be in critical condition.

Several teachers and students are credited with stopping or slowing bleeding when it came to treating victims.

One mother of a student reported that lockdown drills are common, adding that while the drills are unpopular, they are a “new normal.”

Biden assails Trump for ‘bald-faced lies’ about voting by mail