Home Breaking News It’s ‘About Our Choice to Destroy Lives’ 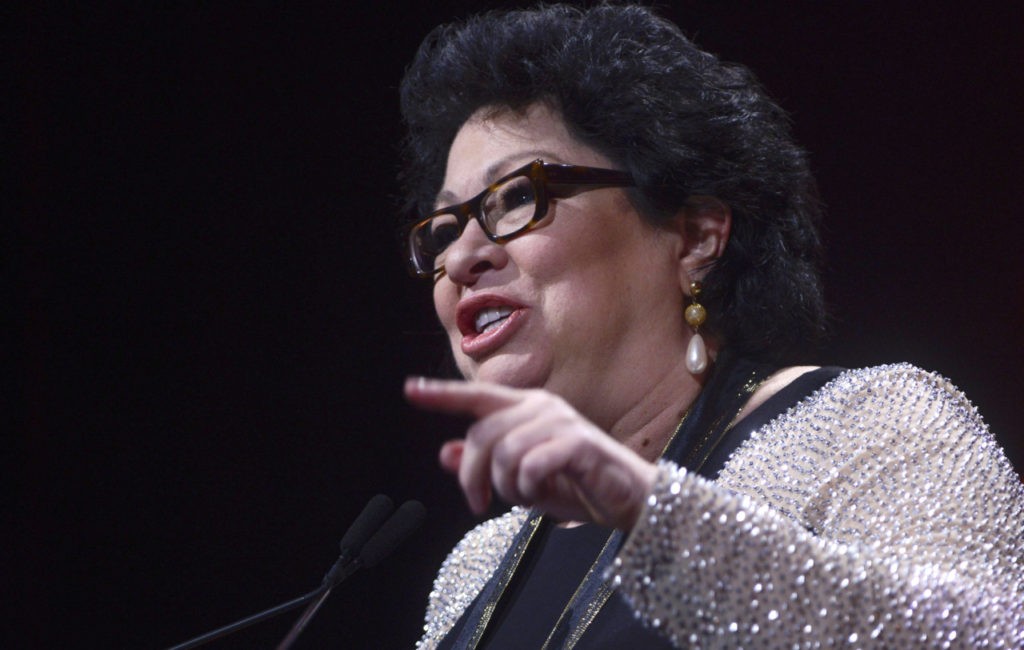 During oral arguments at the United States Supreme Court Tuesday on  he future of the Deferred Action on Childhood Arrivals (DACA) amnesty program, Justice Sonia Sotomayor injected politics into the discussion, saying President Donald Trump has said he would find a way to keep DACA recipients in the United States but has not done so.

Sotomayor also addressed what other justices cited — the “reliance interests” of DACA recipients, or how the government program has allowed illegal migrants to get Social Security numbers, drivers licenses, and work permits that they have come to rely on.

I think my colleagues have rightly pointed [out] there’s a whole lot of reliance interests that weren’t looked at, including the very President of — current President telling DACA-eligible people that they were safe under him and that he would find a way to keep them here. And so he hasn’t and, instead, he’s done this. And that, I think, has something to be considered before you rescind a policy.

“Not just say I’ll give you six months to do it,” Sotomayer said, referring to Trump’s past announcement that he would hold off on rescinding DACA for six months to allow Congress to come up with a legislative solution.

“And where is the political decision made clearly?” Sotomayor said referring to the June 22, 2018 memorandum issued by Homeland Security Secretary Kirstjen Nielsen to explain why the department was rescinding DACA.

“That this is not about the law; this is about our choice to destroy lives,” Sotomayor said, directly expressing what she believed a ruling to end DACA would mean to those enrolled in it.

The back and forth between the justices, Francisco and two attorneys who argued for DACA petitioners — attorney Ted Olson and Michael Mongan, Solicitor General at California Department of Justice – included more discussion about the impact the ruling would have on both DACA recipients and the future enforcement of federal immigration law.

Olson and Mongan argued that the Trump administration did not provide a compelling reason for rescinding DACA, which came to the high court after differing results in lower court decisions on the matter.

Francisco argued that DACA, put in place by President Barack Obama’s executive action in 2012, was not legal or highly likely to be illegal and it also would “hamstring” federal law enforcement from enforcing immigration law.

But the heart of the case revolves around two issues: Can the courts review the government’s rescission of the DACA program? And was the government’s decision to rescind DACA “arbitrary and capricious” in violation of the Administrative Procedure Act (APA), which sets standards for federal agency actions that are generally enforceable in the courts?

The case analysis by Steven D. Schwinn of the University of Illinois Chicago John Marshall School of law noted that “As of 2017, when the government rescinded the program, there were nearly 700,00 active DACA recipients. Their average age was just under 24-years-old. Over 90 percent were employed and 45 percent were in school.”

Many of the groups submitting Amicus briefs in favor of DACA in perpetuity — or forever — were educational institutions and U.S. businesses who benefit from this demographic.

The entities backing DHS were those groups that believe DACA is not constitutional and benefits those in the country illegally while threatening the employment and educational opportunities of citizens.

SCOTUS by Anonymous ACTwgl9 on Scribd