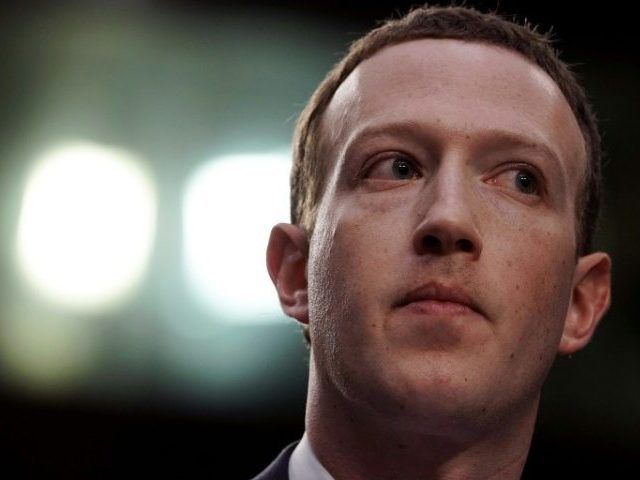 Silicon Valley, true to form, is following the lead of the mainstream media — it’s prohibiting users from talking about the alleged whistleblower, Eric Ciaramella.

First Facebook and now YouTube have pledged to delete any content that names Ciaramella as the alleged whistleblower. Even articles from Breitbart News have been deleted.

Twitter appears to be the exception, saying it will not delete any tweets or ban any accounts that name the alleged whistleblower — but at least one Twitter account was locked merely for repeating Ciaramella’s name. At best, Twitter is having trouble implementing its policy.

There’s always been tension between free speech and privacy. Both are important civil liberties, and the protection of whistleblowers is especially important. But Silicon Valley’s stance still makes zero sense. Here’s why.

First, the name of the alleged whistleblower is already in wide circulation. As Breitbart News has reported, repeatedly, over the past few days:

It isn’t only conservatives reporting on Ciaramella. New York Magazine and HuffPost contributor Yashar Ali identified Ciaramella as the alleged whistleblower in a since-deleted tweet. Ali claimed to have confirmed the identity with three sources. Facebook’s requirement to revise its policy on Ciaramella appears to already have been met.

In other words, people who want to find out the name of the alleged whistleblower will have no problem doing so. The cat is already out of the bag. Facebook and YouTube’s policy is therefore pointless — it amounts to little more than virtue-signaling to Democrats and the mainstream media, who will still hate them regardless.

Secondly, let’s not pretend that there’s bipartisan agreement that Eric Ciaramella, if he is indeed the source of the Ukraine-Trump story, is in fact a whistleblower rather than a partisan member of the “deep state.” At the very least, he’s a deep-stater as well.

There are plenty of examples of whistleblowing that aren’t partisan. Unsafe food storage at a grocery store chain. Defective equipment at a military supplier. Bloomberg’s story about Chinese spying devices in the servers of western tech companies and government agencies. The first two stories are hypothetical, but all are examples where Republicans and Democrats would likely have broad agreement that legitimate whistleblowing has taken place.

The Ukraine-Trump affair is not one of those cases. The best that can be said for the Democrats is that they have Never-Trumpers on their side. But that’s a given anyway.

That’s what whistleblowers at Google and Facebook have done, time and time again. Yet these companies, which are so determined to prevent the alleged Ukraine whistleblower from being identified, do nothing of the sort when it is their own company in the crosshairs. On the contrary, they make every effort to identify employees who reveal their own internal wrongdoing.

Google and Facebook, friends to all whistleblowers? Give me a break!

Are you an insider at Reddit or any other tech company who wants to confidentially reveal wrongdoing or political bias at your company? Reach out to Allum Bokhari at his secure email address allumbokhari@protonmail.com.