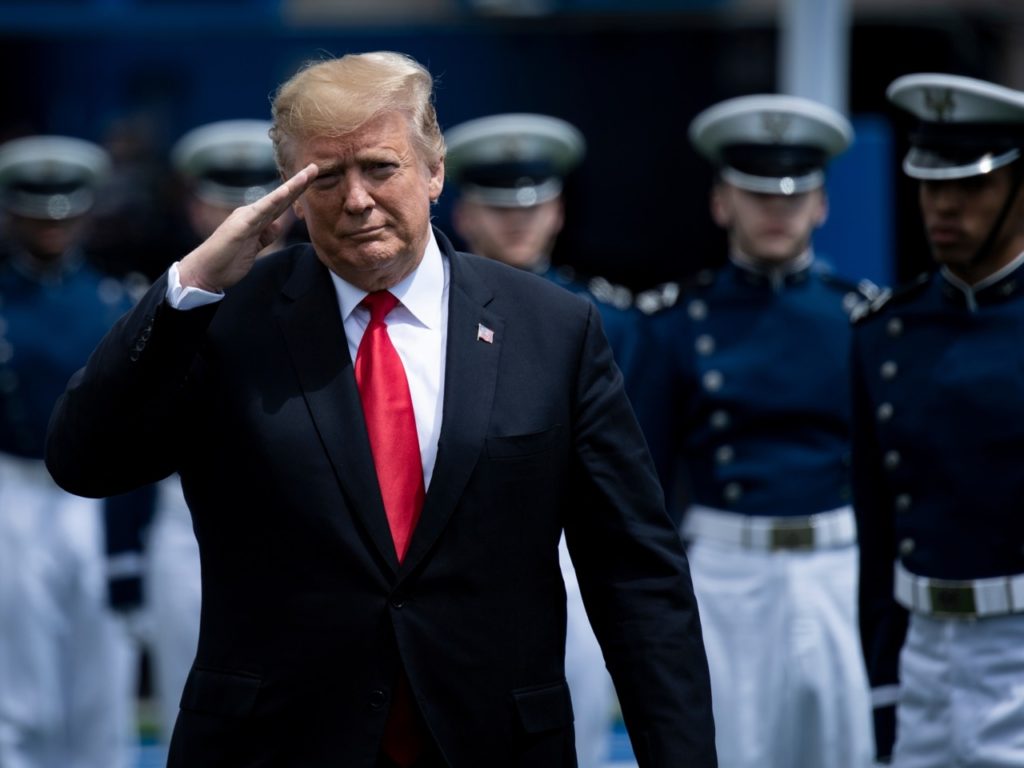 President Donald Trump will honor Veterans Day on Monday by attending the kick-off of the famous parade’s 100th anniversary.

The United War Veterans Council in charge of the event announced the annual parade has always invited the President of the United States to attend and President Trump was the first to accept.

The president and first lady flew back to their home in New York City at Trump Tower for the weekend after receiving a rock-star welcome at the LSU-Alabama football game.

Trump will not march in the parade but will speak at the opening event in Madison Square Park.

The president is a big supporter of parades, even making a big donation to the United War Veterans Council to keep the New York City parade alive in 1995.

“We thank and commend President Trump for leading that effort on this Centennial, and we acknowledge his historic support for our activities here in New York City,” McGowan said.

The New York City veterans parade began 100 years ago, with the famous ticker-tape parade for returning World War I soldiers.

The president wanted to organize his own national military parade in Washington, DC, in honor of the troops, but local DC politicians made the costs prohibitive.

Trump ultimately settled on a larger celebration of the annual Fourth of July event, dubbing it a “Salute to America,” featuring a record large fireworks celebration.

Why Is the Trump WH Gifting TikTok to the Big Tech Masters of the Universe?

Why Is the Trump WH Gifting TikTok to the Big Tech...