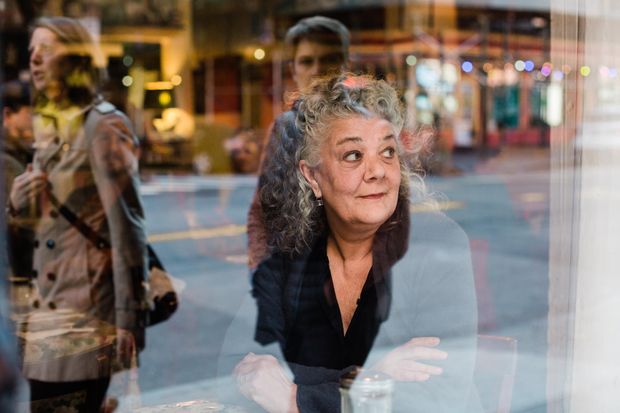 Aimee Skier loves taking her 3-year-old son to story time at Books of Wonder in Manhattan. So when she got an email from the bookstore soliciting GoFundMe donations to help with moving costs, she was happy to chip in $25.

“It’s a quaint little independent store,” Ms. Skier said. “Story time, the programs and readings that they do—there’s no charge for those, and you can spend time there. To me, that’s worth something.”

Most people think of GoFundMe as a way to raise money for medical debt, funeral costs or natural disaster relief, but the crowdfunding website is increasingly used by struggling small businesses, said Chief Executive Rob Solomon. Thousands of small businesses, ranging from comic-book shops to drive-in movie theaters, have opened campaigns across 19 countries.

“These independent businesses become pillars in a community, and when they can’t stay open, the communities really rally,” Mr. Solomon said in an interview.

Books of Wonder’s campaign, which started Oct. 22, has raised more than $23,000 toward its $250,000 goal. The company has about 30 employees between its two stores and annual sales of just over $2 million.

Owner Peter Glassman said he can pay his current bills but needs money to move the bookstore’s flagship from 18th Street to a more affordable and high-trafficked space in the Flatiron District. He said he has struggled to pay the $600,000 annual lease at his current location, particularly after his most recent subtenant, City Bakery, entered financial trouble and folded.

The bookstore’s uptown store will remain in its current location.

Would you donate to your favorite local business’ GoFundMe? Why or why not? Join the conversation below.

Mr. Glassman said there has been an outpouring of support for Books of Wonder, which first opened on Hudson Street in 1980 and has moved several times. A previous location served as the inspiration for the children’s bookshop in the 1998 movie “You’ve Got Mail,” prompting a GoFundMe donor to comment: “Meg Ryan made me do it.”

This isn’t the first time Mr. Glassman has kept his doors open thanks to donations. In 2012, he raised $100,000 on the crowdfunding website Indiegogo.

“They understand that the things that have gone wrong for us are things beyond our control,” he said. “The attitude is, ‘It’s a miracle you’re still here.’”

Unlike on other crowdfunding websites, GoFundMe organizers are able to cash out all of the money they raise, minus a 2.9% credit-card processing fee, regardless of whether they reach their goals.

“If a business is struggling, it’s much harder to get a bank loan,” Ms. Walker said. “It’s most helpful to people, such as women and people of color, who don’t necessarily have access to a ton of wealth within their networks or an abundance of angel investors waiting in the wings.”

Nicky Perry, who owns a British grocery, the restaurant Tea & Sympathy and the fish-and-chip shop A Salt & Battery in Greenwich Village, said she started a GoFundMe page out of desperation a year ago. Her campaign has raised nearly $52,000 toward its $100,000 goal.

“We just couldn’t pay the rent,” Ms. Perry said. “The rent is so astronomical.”

Ms. Perry said her business has changed payroll companies, reduced head count and redone its menu to cut costs, but she would consider turning to GoFundMe again in the future. The reaction to her fundraiser has been overwhelmingly positive, with loyal customers stopping by the shop more often and neighbors offering to help out by working for free.

“We couldn’t believe it,” Ms. Perry said. “I’ve had little old ladies on two different occasions waiting for me outside on my bench to give me $50 checks.”

Bruce Bachenheimer, a professor at the Lubin School of Business at Pace University, said even more important than cash is the validation business owners receive from GoFundMe campaigns. Two-thousand customers contributing $20 or $40 each might not be enough to keep a business open, but it can give owners reassurance.

After a successful GoFundMe campaign, owners might say to themselves, “‘I should hang on, I should keep going,’” Mr. Bachenheimer said.

Not every struggling business owner wants to ask customers for donations. Chris Doeblin, owner of the Book Culture shops in Manhattan, said he started a community lending program this summer after competition from Amazon, rising rents, the increasing minimum wage and an inability to borrow money pushed him to the brink of closing.

Mr. Doeblin has raised $600,000, which he plans to repay within five years at 4% interest, a far lower rate than he could get elsewhere. The support he has received from loyal customers will help him stock up for the busy Christmas season.

“People are recognizing that there’s a big downside to Amazon and buying things online,” he said. “I hope it’s not too late.”

Write to Kate King at Kate.King@wsj.com