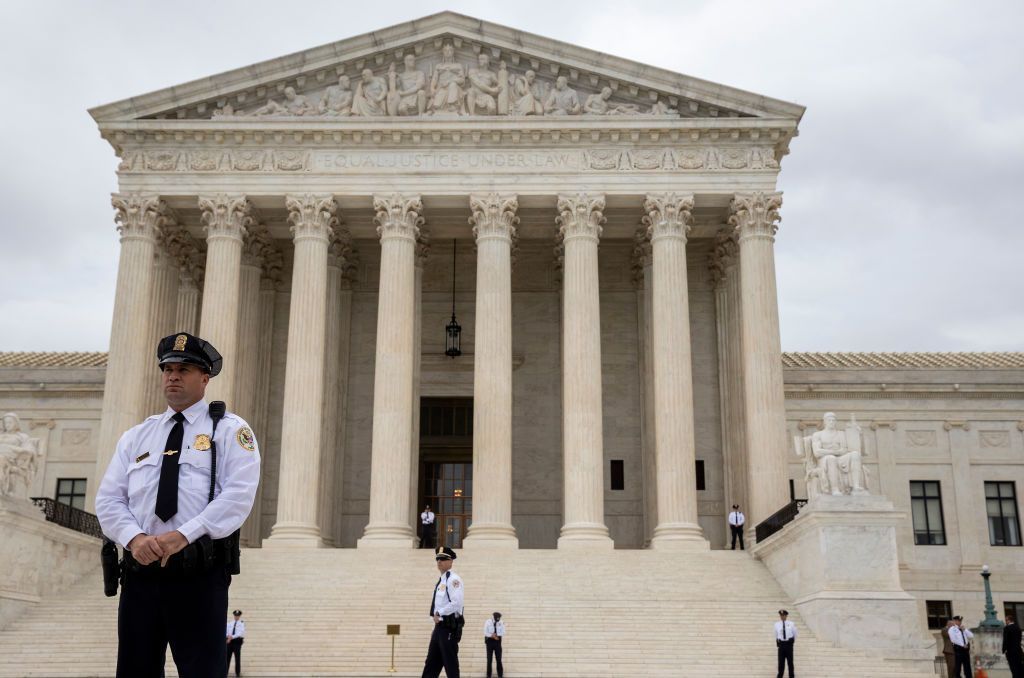 (Bloomberg Opinion) — Some observers are wondering whether the Supreme Court will let President Donald Trump keep his tax records secret. With respect to presidential prerogatives, many fundamental issues remain open. Perhaps the current court will resolve this one in his favor?

In fact, the case is so simple and straightforward that it wouldn’t be terribly surprising if the justices decline to consider it at all.

The appeals court ruled on Monday that Trump’s accounting firm, Mazars USA LLP, must comply with a grand jury subpoena for eight years of personal and corporate financial and tax records. The court rejected Trump’s extraordinary claim that the subpoena should be enjoined because a president enjoys “temporary absolute immunity” — meaning that he cannot be subject to any kind of criminal process while in office.

The court was clearly right. As other commentators have noted, the legal issue isn’t close and Supreme Court precedents seem to weigh against the White House. What deserves more attention is the sharp difference between the president’s entirely reasonable view on a fundamental question (whether he can be prosecuted) and his entirely unreasonable view on the question here (whether his tax records can be subpoenaed).

To see that difference, we have to back up a bit.

The issue here involves the presidency, not any particular president. To settle a dispute about the meaning of the Constitution, it shouldn’t matter whether you think Trump is a terrific president or a terrible one.

Trump was probably correct on a fundamental and unsettled question: So long as he is serving, the commander in chief cannot be subject to an actual criminal prosecution.

Two different arguments support that conclusion. The first is that the Constitution’s impeachment provisions can be read to suggest that in the context of presidential wrongdoing, the appropriate response is removal from office, not criminal prosecution. If a president is to be prosecuted, it must be after he has been removed, not before.

The second (and in my view stronger) argument insists on “implied” immunity: If the president is forced to defend himself against a criminal prosecution, he will have a much harder time doing his job.

If you have to worry about a potential jail sentence, and fend off a prosecutor, it’s not easy to make the most fundamental decisions about war and peace, or about the direction of the economy. The point isn’t that the president is “above the law.” It’s that he has an assortment of constitutional responsibilities, and he has to be able to discharge them.

For that reason, his immunity from criminal prosecution shouldn’t be seen as a shield intended to protect him personally. It’s designed to protect the American people.

But in this week’s case, Trump tried to use that argument in a context in which it doesn’t make even a little bit of sense.

In New York, the district attorney’s office has initiated a grand jury investigation with respect to potential crimes by several organizations and individuals, including Trump. As part of that investigation, it served a subpoena on Mazars, custodian of multiple financial records relating to Trump’s personal and business dealings. The subpoena seeks an assortment of such records, including Trump’s tax returns.

In response to Trump’s broad claim of absolute immunity, the appeals court resorted to a form of judicial minimalism. It pointedly declined to resolve the question whether a sitting president could be prosecuted. It said, far more modestly, that nothing in the Constitution forbids enforcement of a subpoena directing a third party (rather than the president personally) to produce materials that are themselves not “privileged” by the Constitution.

The court was careful to emphasize that the subpoena did not seek information about activities undertaken by the president in his official capacity. Nor could Trump claim executive privilege, because the records sought by the district attorney did not include any conversations between Trump and his White House advisers.

Here’s the basic point: Nothing in the Constitution gives the president a right to enjoin a subpoena issued to third parties who hold his records. The impeachment clause creates no such right. And if a prosecutor obtains those records, it would be pretty wild to say that a president would be rendered unable to do his job.

Most observers think that the Supreme Court will agree to hear Trump’s objections. That’s a reasonable prediction: A constitutional conflict between a prosecutor and a president is likely to get the justices’ attention.

But don’t be sure. The Supreme Court doesn’t take a lot of easy cases, and this is an easy one. And if the Court does take it — out of respect for the presidency — the best bet is that Trump’s outlandish argument will receive the skeptical reaction that it deserves.

To contact the author of this story: Cass R. Sunstein at csunstein1@bloomberg.net

To contact the editor responsible for this story: Jonathan Landman at jlandman4@bloomberg.net

This column does not necessarily reflect the opinion of the editorial board or Bloomberg LP and its owners.

Cass R. Sunstein is a Bloomberg Opinion columnist. He is the author of “The Cost-Benefit Revolution” and a co-author of “Nudge: Improving Decisions About Health, Wealth and Happiness.”

For more articles like this, please visit us at bloomberg.com/opinion