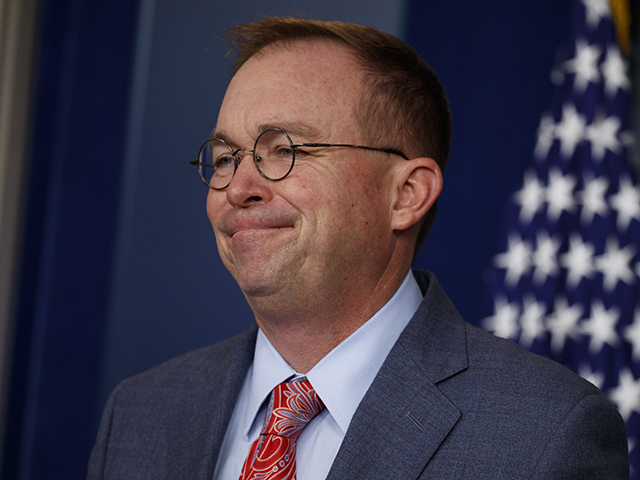 Acting White House Chief of Staff Mick Mulvaney will defy a subpoena seeking his testimony before the House Intelligence Committee as part of the House Democrats’ impeachment investigation into President Donald Trump, according to Fox News.

Mulvaney was scheduled to testify Friday in the impeachment inquiry — but like several other administration officials, he was not expected to appear.

During the call, President Trump pressed Zelensky to investigate Democrat presidential candidate Joe Biden and his son, Hunter. Investigators are trying to determine whether the Congress-approved military aid was tied to the president’s request for a personal political favor.

President Trump and Zelensky have denied any pressure was applied to investigate the Biden family and the White House, in a nod to transparency, released a transcript of the world leaders’ call as evidence that no wrongdoing occurred.

“There was no blackmail,” Zelensky told reporters in October. “We are not servants. We are an independent country.”

Mulvaney’s decision not to testify comes after House Democrats released the closed-door depositions of George Kent, the deputy assistant secretary of state for European and Eurasian Affairs, and William Taylor, the U.S. Ambassador to Ukraine. Both officials are slated to publically testify before congressional investigators next week.

The UPI contributed to this report.

Navy vet Michael White back in US after release from Iran...