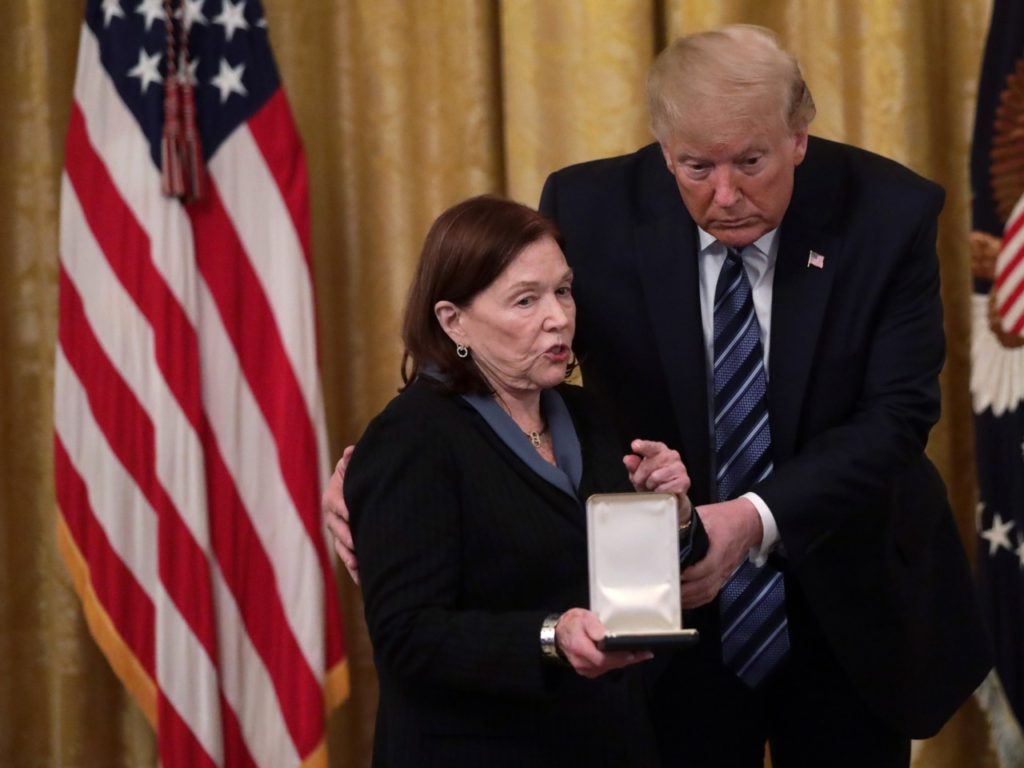 Trump recalled Rescorla’s heroism on 9/11 during the ceremony at the White House as the Executive Vice President of Security for Morgan Stanley in the World Trade Center building. After the first plane hit the World Trade Center, he urged everyone to evacuate, despite an announcement on the PA system asking employees to stay in place.

Trump read the story of Rescorla on that day:

On Tuesday, September 11, 2001, Rick got up early, put on his blue, pinstriped suit, and just before he left his home in Morristown, New Jersey, he kissed Susan, and told her, “I’ve never felt better in my life. I love you so.” Very nice. That’s very nice.

Rick arrived in his office before 7:30 a.m. A little more than an hour later, he heard an explosion, and looked out the window to see the North Tower consumed by flames.

Rick ran up and down over 20 floors, telling employees to keep moving. “Keep moving. Get out. Keep moving.” Many recall him saying, “Today is a day to be tra- — proud to be an American. Tomorrow, the world will be looking at you!”

At 9:03 a.m., a plane crashed into now the South Tower. As terrified victims ran to escape the suffocating fumes, Rick remained calm and resolute in his mission. When others told Rick to run to safety, he responded, “As soon as I’ve got everybody in this building out.”

Rescorla continued evacuating people out of the building as the South Tower of the World Center collapsed, killing him and hundreds of Americans.

Trump said that because of Rescorla’s actions, 2,700 people survived the attack on the World Trade Center.

“That night, those 2,700 people went home to their loved ones,” Trump said. “In the 18 years since, they have raised families, sent their children to college, walked their sons and daughters down the aisle, held their grandchildren thanks, in great measure, to one extraordinary American.”

The president presented the medal to Rescorla’s wife Susan who thanked the president for the honor. She spoke to about 200 people at the White House, connected with the 9/11 attacks and her husband.

“Now, on this incredible day, we are gathered here at our White House with the President of the United States, Donald Trump, in the country we love, with the flag we salute with so much respect,” she said. “And looking out on you all, each one of you is so special.”