Home Blue Lines Mother beaten unconscious at a roller skating rink in front of her... 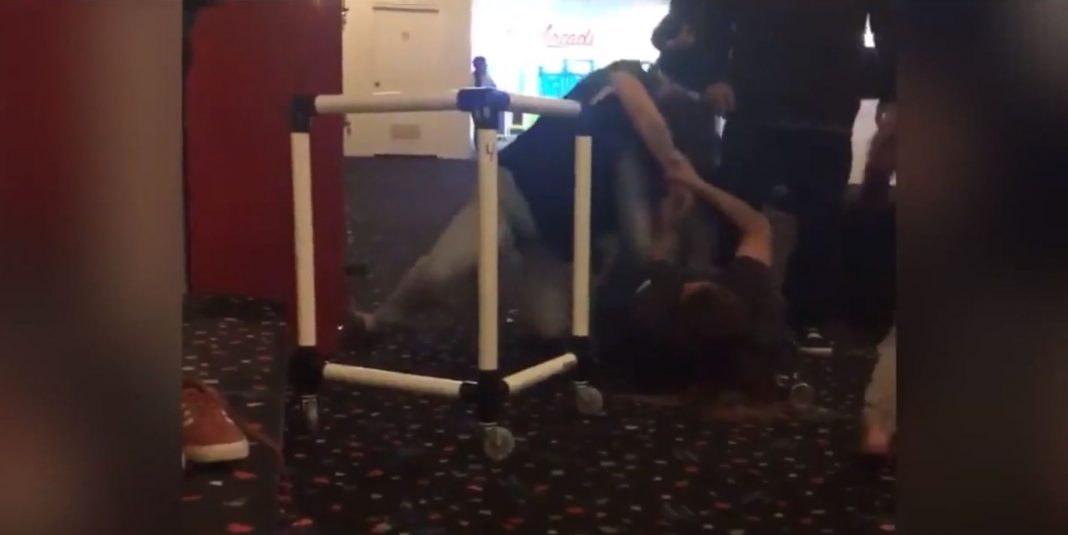 A woman attending to her disabled son at a Colorado Springs roller rink was violently attacked in front of dozens of other families- and nobody rushed in to help her.

Monique Reetz, whose son suffers from a genetic disorder involving balance, was violently injured by a woman and her husband after they tried to take away an adaptive skating device designed for Reetz’s son.

“I went up to her and I said, ‘Hey, did you take my son’s rolly?’ and she automatically started jumping crazy. Confrontational,” Reetz said.

The woman, identified as Alana Arguelles, wrestled Reetz to the ground and scuffled with Reetz until the husband, Alfredo, stomped on Reetz’s head.

According to KDVR, Reetz’s daughter rushed to her aid as bystanders simply watched.

“The most devastating thing is to do that in front of my daughter and son,” Reetz said.

The Colorado Springs Police arrested the Alfredo and Alana Arguelles, and Reetz was treated at the hospital for concussion and internal bleeding.

Alfredo Arguelles was arrested for third-degree assault and child abuse. He has since been released.

Interestingly enough, Alana Arguelles was not charged- Colorado Springs Police claimed that if two people are engaged in a fight and both are striking, neither individual will be charged with battery.