Home Breaking News GOP: House Democrats Had to Be Told Not to Cheer Impeachment Vote 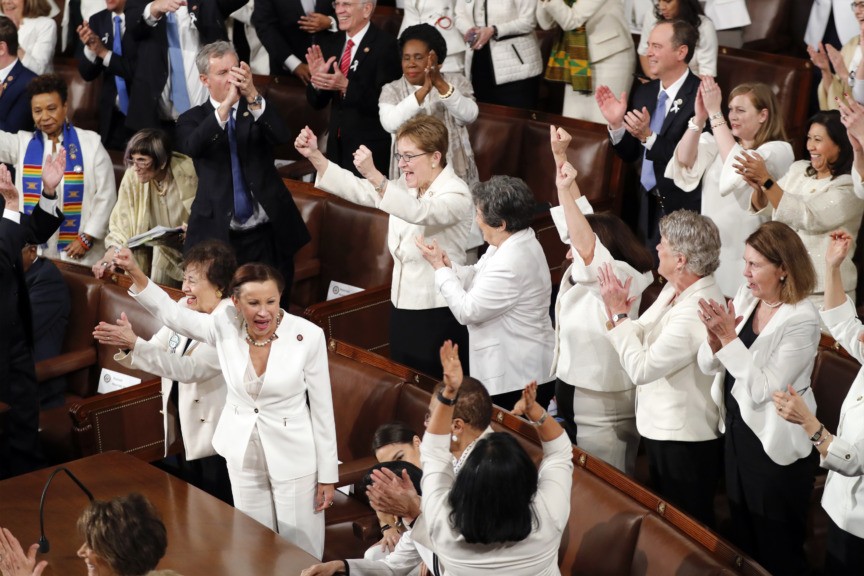 Republicans claimed Thursday evening that House Democrats had to be instructed not to cheer the vote to authorize an impeachment inquiry as they waited for the final tally earlier that morning.

Democrats have insisted, at least publicly, that launching an impeachment process is a somber occasion and a grave responsibility. Speaker of the House Nancy Pelosi (D-CA) even claimed that none of her members came to office to impeach President Donald Trump — a remark that was swiftly mocked:

Nancy Pelosi: “Nobody comes to Congress to impeach a president of the United States, no one.”

Rep. Mark Meadows (R-NC) told Fox News’ Martha MacCallum: “It’s interesting, you know, the lead-up to this particular segment, Martha, as you were talking about, where they were saying this was a somber day, not something to be celebrated. That is just all a mystery to me, because on the House floor, just a few feet from where i am right now, earlier today their whips were going, ‘Don’t applaud. Don’t cheer when they get to 218.’

He continued: “They were trying to have a different narrative. And you know why that is? Because they know that this is a sham.”

Rep. Scott Perry (R-PA) told Lou Dobbs a similar story on the Fox Business Network: “If you were on the floor, you would have heard their members telling their other members not to cheer. They need to be coached not to cheer. Because to them, this is what they have been seeking all along.

“You don’t see that if you are watching from home. But that’s what we witnessed on the House floor.”

Democratic presidential candidate and mega-donor Tom Steyer, who has spent over $100 million promoting impeachment and only supported congressional candidates in 2018 who would vote to impeach the president, was exultant. In a statement, he declared: “I applaud the members of Congress who stood up to do their duty.”

.@TomSteyer, who has poured millions into a pro-impeachment effort: “I am confident that holding public hearings and showing the people the facts will force Republicans to listen to their constituents and vote to remove Donald Trump from office.” pic.twitter.com/7ZZnOOUnHi

The resolution passed along party lines, with two Democrats voting with Republicans against authorizing an impeachment inquiry under rules that depart from past practice and allow secret hearings to continue.

Photo: file (State of the Union)