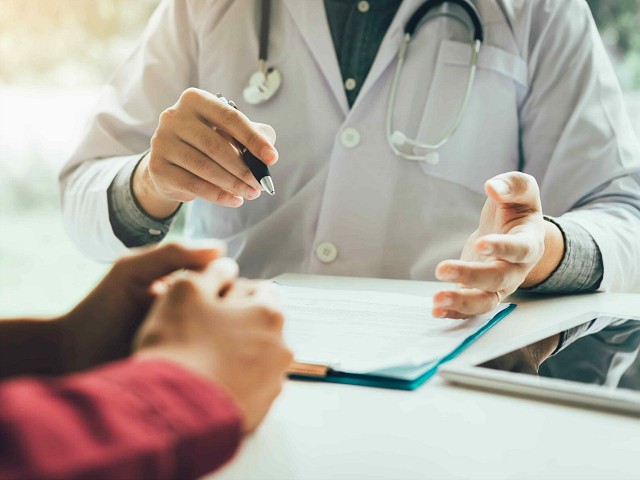 An Arizona-based organization of physicians is praising President Donald Trump’s executive order that expands options for Americans on Medicare, including the option to choose a private treatment or insurance over the government-run program.

In a letter to Trump on Friday, the Association of American Physicians and Surgeons (AAPS), a national organization representing physicians in all specialties since 1943, wrote:

Allowing seniors to opt out of Medicare Part A without losing their Social Security benefits is a huge step toward protection and ensuring the right of Americans to choose their medical treatment and their means of arranging payment for medical care. The freedom to choose is critical to preserve access to care and quality, for seniors as well as for veterans. Additionally, all Medicare beneficiaries who use their own hard-earned, after-tax dollars to purchase medical care, without burdening the already overstressed system, free up resources for other beneficiaries. It is hardly fair for middle-class or low-income workers to be shouldering all the medical costs of wealthy retirees.

Trump announced an executive order two weeks ago that seeks to protect Medicare for older Americans and strengthen it by providing them with more freedom and choices.

Among the provisions of the order is one that finally demands a change to the 1993 rule that required Medicare and Social Security to be linked together. The Clinton administration wrote the rule that states Americans cannot opt out of Medicare without giving up their Social Security benefits, even though they had been forced to pay into Social Security for years.

Within 180 days of the date of this order, the Secretary, in coordination with the Commissioner of Social Security, shall revise current rules or policies to preserve the Social Security retirement insurance benefits of seniors who choose not to receive benefits under Medicare Part A, and propose other administrative improvements to Medicare enrollment processes for beneficiaries.

“It is unethical, not to mention contrary to basic common sense, to insist that American seniors only receive care through Medicare,” said AAPS Executive Director Jane M. Orient, MD, in a press release.

Medicare’s Hospital Trust Fund will be depleted by 2026 and over the next 10-15 years, counting the Trust Funds as assets rather than taxpayer liabilities, the Medicare program is only 71% funded under trustees’ unfavorable assumptions, and 91% under favorable assumptions. Giving seniors the ability to escape this faltering program will help ease the looming crisis as well as give American’s access to options that work best for them, not government bureaucrats.

The group stressed patients must have “access to honest prices, information about the qualifications of the clinicians they see, the identity of persons making coverage decisions, and treatment choices not necessarily included in drop-down menus in their electronic heath record.”

AAPS also urged a hard look at the push to replace physicians with lesser trained “providers.”

“There is a reason for the rigorous training that physicians undergo,” said Dr. Jane M. Orient. “The work done by a minimally trained person is not the same as the work of a highly trained, experienced person even if the same procedure code is assigned.”

“All of the pointless administrative overhead is completely eliminated in private, self-pay, fee-for-service or direct-patient-care models,” Orient noted.

Orient said the executive order’s “critically important effect is to permit patients to exercise their freedom.”

“In private transactions between patients and physicians, problems can be solved immediately without wasteful bureaucratic involvement,” she added.