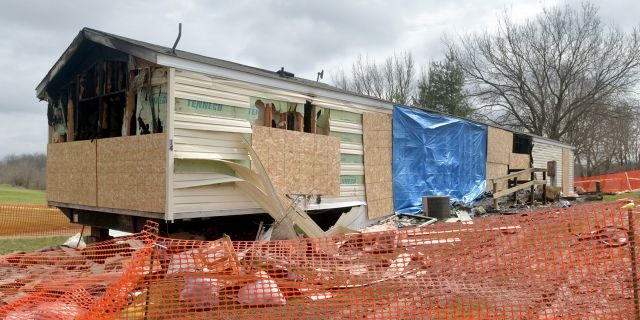 A 9-year-old central Illinois boy was arraigned in court Monday on first-degree murder charges in connection with an April arson that killed five family members, according to reports.

Feeney explained the juvenile counts and legal processes to the boy, who told the judge he didn’t understand, the Chicago Tribune added.

“What I did,” the boy responded.

The boy later appeared to sob before his paternal grandparents took him out of the courtroom.

Feeney appointed public defender Peter Dluski for the boy, the Journal Star reported. If found guilty, he likely will face probation because he would be too young to be sentenced to any juvenile detention center.

The remnants of the mobile home after the fire northeast of Goodfield this past April.
(Matt Dayhoff/Journal Star via AP, File)

The boy’s next court date is scheduled for November, the Tribune added.

Oklahoma House bill requiring ‘In God We Trust’ in every state...

‘I don’t want to run the company anymore’