Home Blue Lines Woman tried to getaway from two hit-and-runs, then she caused a third... 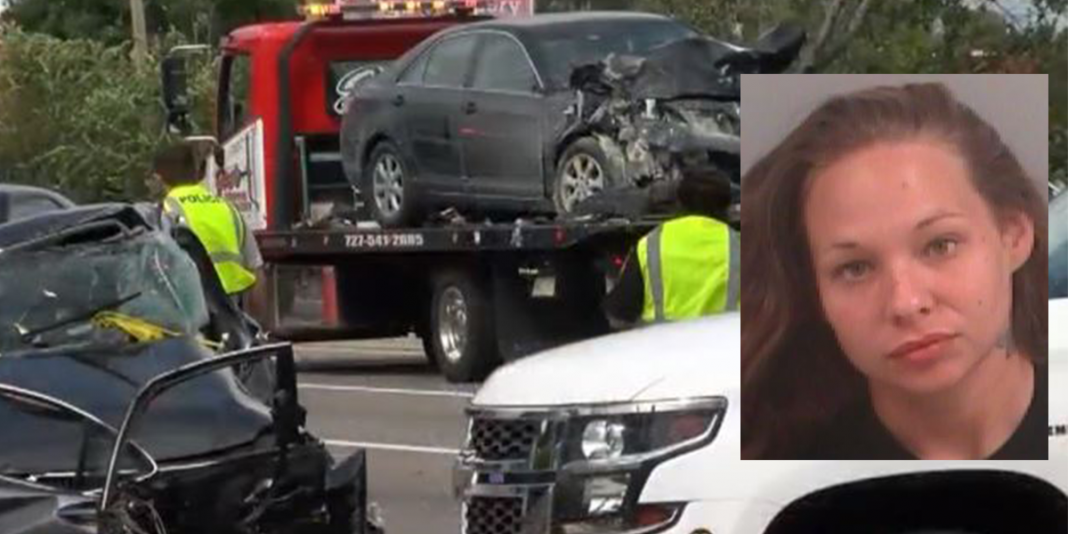 A Seminole woman faces charges of vehicular homicide after leaving the scene of two minor accidents on Saturday before running a red light and crashing into another car, killing the driver.

According to Pinellas Park Police, Kanh Kim Nguyen, 53, died from her injuries Saturday morning after Katlynn M. Smith, crashed into the driver’s side door of her 2011 Lexus.

Smith also sustained serious injuries in the crash, which occurred about 10 a.m. at the corner of 66th Street and 70th Avenue near Pinellas Park Middle School. Smith was arrested at the scene and will remain in custody while recovering at a local hospital.

According to the Florida Highway Patrol, Smith was driving a 2011 Toyota Camry and attempted to overtake a Honda Accord in her path. The Camry pulled alongside the Accord as it tried to pass, but in the process the front of the vehicle collided with the right side of the Accord, troopers said.


Smith left the scene of that crash without stopping, the report said. But so did the driver of the Accord, 45-year-old Adam Frame.

Frame, of Largo, called police as he tailed Smith’s Camry in his Honda Accord, describing her reckless driving down Bryan Dairy Road, police said. The driver then told police he watched Smith hit another vehicle when she drove through a red light at the intersection of Bryan Dairy Road and Belcher Road.

That crash, too, caused minor damage and Smith continued driving through the intersection against the red light, police said. It was after she drove through another red light, at the intersection of 66th Street and 70th Avenue, that her vehicle fatally struck Nguyen.

No one else was injured in the crashes.