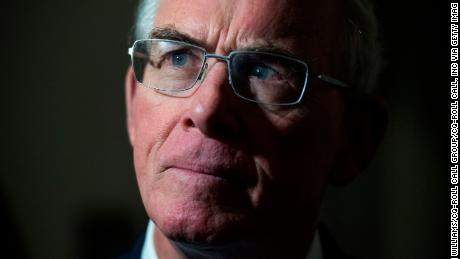 Facebook
Twitter
Google+
Pinterest
WhatsApp
Top aides including Trump’s son-in-law and adviser Jared Kushner were in the process of reaching out to at least two potential replacements for the top West Wing job shortly before House Speaker Nancy Pelosi announced in late September that she would move ahead with an impeachment inquiry.
These previously unreported efforts did not come to fruition, but underscore the weakness of Mulvaney’s position even before his headline-generating performance in the briefing room last week. One person familiar with Mulvaney’s thinking said the search came as Mulvaney himself was looking for an exit after ten months in the role, though people close to Mulvaney have denied he wanted to leave.

The chief of staff role, traditionally one of the most important in any administration, has been a famously difficult one in the Trump era. All three of his chiefs have tried different governing styles, but the result is nearly always the same: the President ultimately makes the decisions, and eventually undercuts his top deputy.

Mulvaney, who was head of the Office of Management and Budget until he was tapped to succeed former Marine general John Kelly, has never been afforded the formal title, instead serving in an acting capacity, an arrangement both he and Trump have publicly said they prefer.
Efforts to replace Mulvaney apparently subsided as the White House was abruptly forced to focus its attention on the escalating impeachment crisis after the release of a whistleblower centered around the President’s July 25 call with the Ukrainian President.

One person familiar with White House strategy and dynamics told CNN that the President has raised concerns about having four chiefs of staff in three years.

“He is still the acting chief of staff and has the President’s confidence,” deputy press secretary Judd Deere said in a statement to CNN.

Mulvaney came under renewed scrutiny this week after he said, then denied, that Trump held up an aid package to Ukraine in exchange for an investigation into an unsubstantiated theory that Ukraine, not Russia, was responsible for hacking Democratic Party emails in 2016.
His comments undercut denials by the President of a quid pro quo, and stunned White House staffers who questioned his strategy. One person said he was unprepared to answer questions about Ukraine in a briefing that was supposed to be about the President’s decision to use his personal property to host world leaders for a G7 summit next summer. That move, which Mulvaney defended amid immediate criticism, was abruptly reversed by Trump late Saturday.

The escalating impeachment inquiry also raises questions about how appealing the chief of staff role would be to possible replacements.

Since the impeachment inquiry began, Mulvaney has been locked in a feud with White House counsel Pat Cipollone. One person familiar with the quarrel said Mulvaney was frustrated because he felt Cipollone wasn’t reading him in on the appropriate legal matters that a chief of staff needs to know about. The person familiar with White House strategy said that is partly because Cipollone is treating the impeachment inquiry as a legal matter, rather than a political one.

Mulvaney also believed he was attempting to undermine him so Cipollone could eventually take his job. A person familiar with the dynamic said that Cipollone isn’t angling for Mulvaney’s job, but more influence, and because of the subject at hand — impeachment — more influence is within his grasp.

The two argued at length over the decision to publish an eight-page letter declaring that the White House wouldn’t cooperate with an impeachment inquiry because they saw it as illegitimate — a clash CNN reported on earlier.

Mulvaney and the impeachment inquiry

Mulvaney, a former Republican congressman from South Carolina, remains central to the White House response to the impeachment inquiry. He traveled to Camp David this weekend with Republican lawmakers.

Mulvaney’s proximity to the ballooning scandal has afforded him insulation, because of how much he knows, two sources told CNN.

Mulvaney was not on the contested July 25 call with the Ukrainian president, but he has conceded he was aware of the President’s push for an investigation into a unsubstantiated theory that Ukraine, not Russia, was behind election interference. Trump’s former homeland security adviser, Tom Bossert, has said that claim is not true.

Yet after last week’s remarks, which were seen as an admission that Trump engaged in a quid pro quo, Trump himself made clear that Mulvaney needed to issue a clarification. One source said Trump’s confidence in Mulvaney has fluctuated in recent months, though another said the President wasn’t that angry with his chief because he recognized Mulvaney was defending him in the briefing room.

“We all get turned into a pretzel defending Trump. That’s the sad reality,” a separate source close to the White House said.

Several Republicans said Mulvaney’s comments have made it more difficult to defend the President.

Rep. Francis Rooney, a Florida Republican who has since announced he will not run for reelection, told reporters Friday he was “shocked” by what Mulvaney said, and dismissed his denial that came hours later.

“I couldn’t believe it,” Rooney said. “I was very surprised that he said that. I don’t know why. The only thing I can assume is he meant what he had to say — that there was a quid pro quo on this stuff.”

Trump’s outside allies also expressed disbelief. During his radio show, Sean Hannity, who speaks with the President on a nearly nightly basis, asked, “What is Mulvaney even talking about? I just think he’s dumb, I really do. I don’t even think he knows what he’s talking about. That’s my take on it.”

One sign of support for Mulvaney, however, came from the President’s reelection campaign Friday afternoon when officials introduced a $30 T-shirt with the phrase “Get over it” emblazoned across the front, an homage to Mulvaney’s advice to reporters that “there is going to be political influence in foreign policy.”