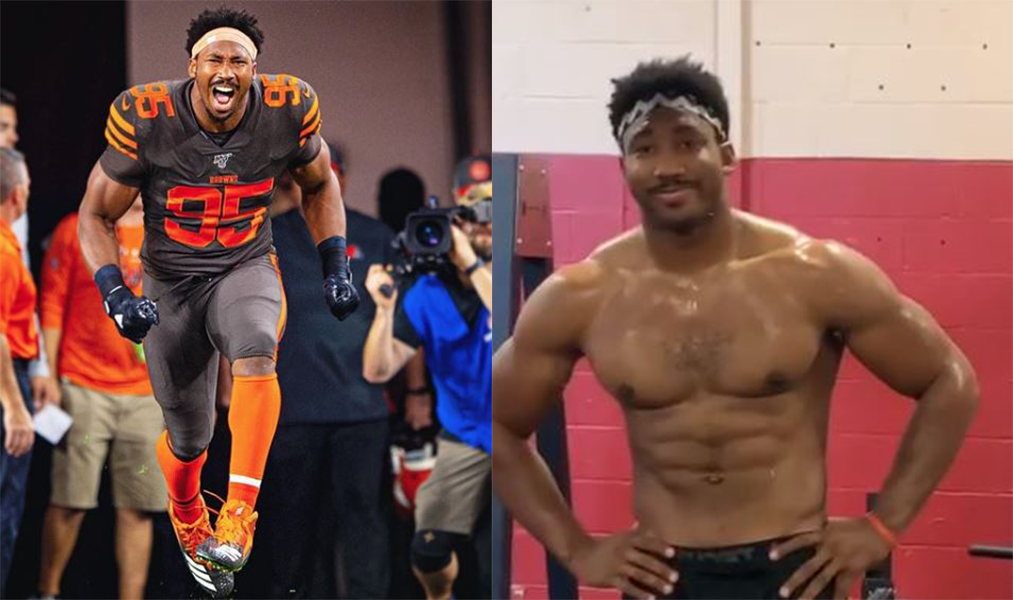 Police were able to find 24-year-old Richard Perez thanks to Garrett taking down the man’s license plate number, and another driver who videotaped the incident.

Charges are pending against Perez.

Myles Garrett is a Pro Bowl defensive lineman for the Cleveland Browns. Can’t imagine why anyone in that city would want to punch the guy.


But Garrett said not only did one man want to punch him, he actually went through with the plan.

Garrett told Cleveland police that he was talking on his phone in his car Wednesday afternoon when a man asked for a photo. Garrett obliged and rolled down his window — and then got punched in the face.

Uninjured but surprised, Garrett later described the punch on Twitter as a “pillow tap” and a “soft bop.”

“Hm, put your legs into it might have actually made me flinch,” Garrett tweeted.

The alleged assaulter fled the scene, but police tracked him down using a license plate number provided by Garrett and a witness. Garrett positively identified the suspect, a 24-year-old man from nearby Strongsville, Ohio, but no charges have been filed at this point.

Again, it’s difficult to figure out why someone would pull a stunt like that. The Browns are off to a disappointing 2-4 start, but that’s definitely not Garrett’s fault. The player selected No. 1 overall in the 2017 draft is tied for the NFL lead with nine sacks this season, already closing in on the 13.5 he recorded during his Pro Bowl campaign last year.

Maybe the alleged assaulter is a fan of another team. But even if that’s the case, does he really want to be messing with a 6-4, 270-pound lineman who can do stuff like this:

Also, Garrett trains with UFC heavyweight champion Stipe Miocic, who offered his assistance if ever another such incident should occur.

Seriously, fleeing the scene was the only smart thing the accused assaulter did all day.