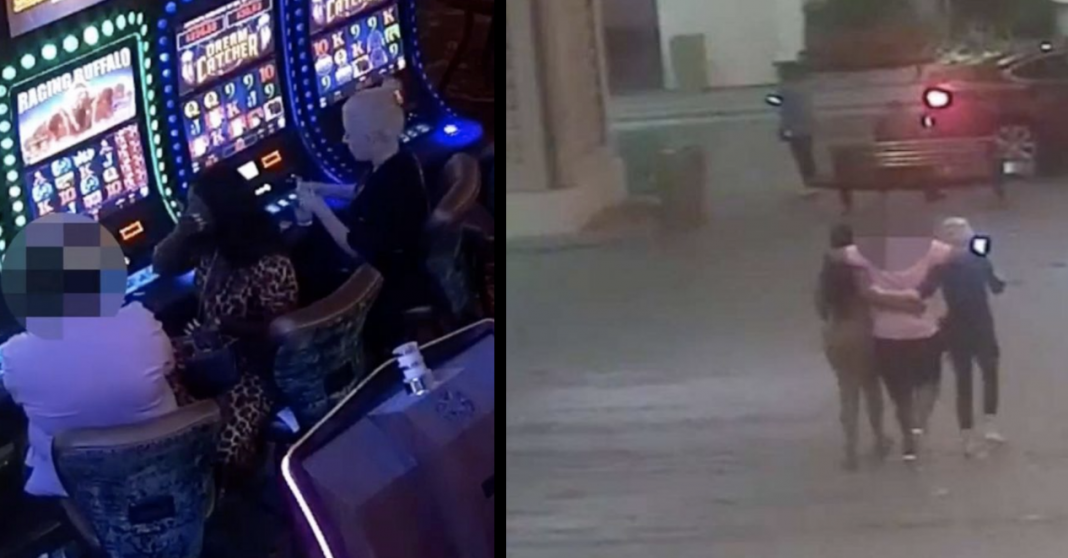 Seminole Hard Rock Casino surveillance video appears to show two women using the whiff of sex and gulps of a drugged drink to hit a theft jackpot with a gambler.

The gambler’s loss and their ill-gotten winnings, according to the Broward Sheriff’s Office: $1,000 cash and a $15,000 Rolex.


BSO released the video Wednesday from around 2 a.m. Sept. 13, that starts with the women introducing themselves to a man at a poker table. After all three move to the slot machines, Ms. Leopard Print passes the Blonde in Black the man’s drink. The blond pours two doses of something in the drink, then returns it to the man.

“Immediately after taking it, he said, he felt drugged and had difficulty moving,” BSO said.

The women helped him move to a car outside and all rode to the Sleep Inn & Suites in Dania Beach. BSO originally thought the driver might’ve been a third participant in the ripoff, but Wednesday afternoon, announced the driver wasn’t involved.

Upon arrival at the Sleep Inn, the man said, he conked out. He woke up minus the aforementioned $1,000 cash and gold and sliver $15,000 Rolex.

Boris Tells Merkel UK Prepared to Leave Without a Deal

Houston is starting to look like New York City before the...