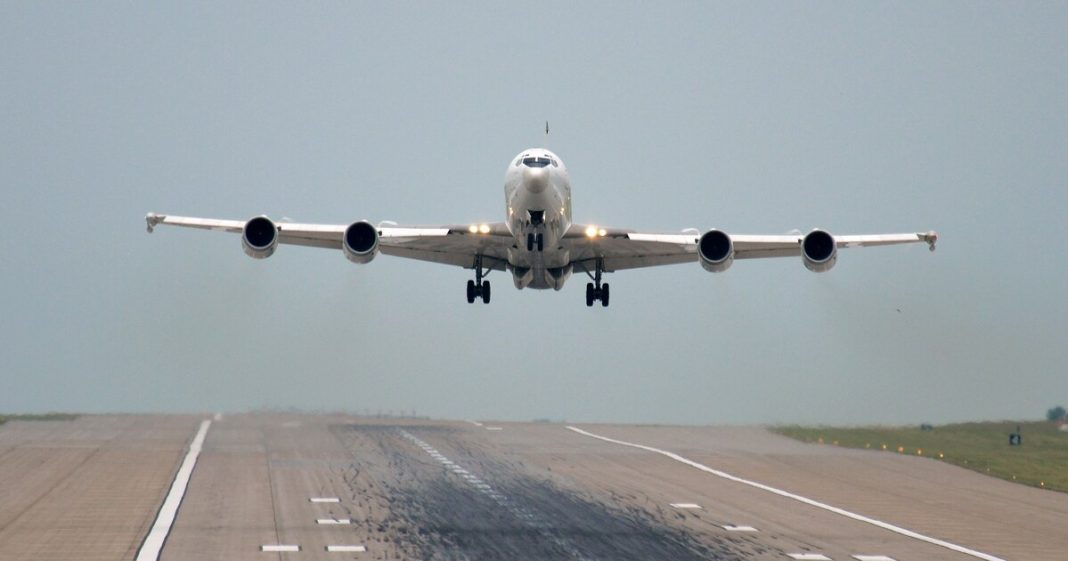 A Navy doomsday aircraft was temporarily grounded after it struck a bird during a touch and go landing earlier this month, Navy officials said.

The E-6B Mercury aircraft, assigned to Air Test and Evaluation Squadron 20 at Maryland-based Naval Air Station Patuxent River, suffered at least $2 million in damages after it sucked a bird into one of its four engines during the Oct. 2 landing. A test and evaluation team was aboard at the time conducting a system test, Tim Boulay, a spokesman for Naval Air Warfare Center Aircraft Division said. No one on the aircraft was injured. It’s unclear what species of bird was involved.

“We don’t know for sure,” Boulay said in an email.

The “Class A” mishap, signaling more than $2 million damages, death or permanent disability, was the first aviation incident of the fiscal year that began Oct. 1, according to Naval Safety Center records.

Boulay said engine has been replaced and the aircraft has returned to service. The incident is under investigation.

The $141 million Mercury aircraft plays a key role in the Navy’s “Take Charge and Move Out,” or TACAMO, mission.

The aircraft serves as an airborne command and control post, and connects the nuclear triad of “boomer” submarines, Air Force strategic bombers and LGM-30G Minuteman III intercontinental ballistic missile crews, to the president and defense secretary.

The Oct. 2 incident was one of five class A mishaps involving a bird strike in the last decade, including another E-6B in 2018, according to Safety Center data. Other aircraft involved included an F-35B, a T-45C Goshawk trainer jet and a Marine AH-1W attack helicopter.