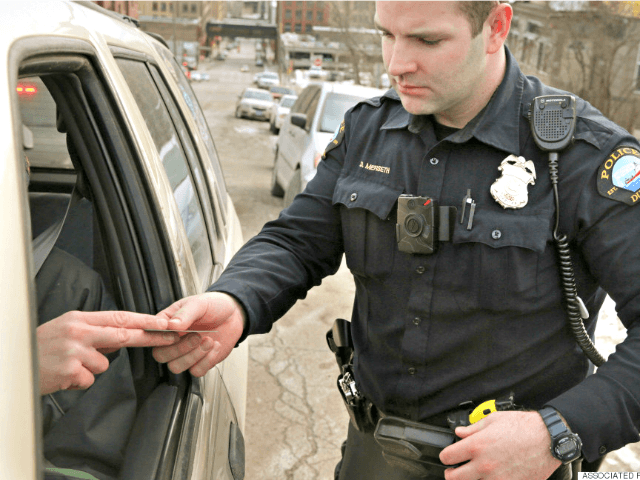 The Los Angeles Police Department said it will dramatically curtail random traffic stops by its Metropolitan Division over concerns that the department has been engaging in racial profiling that has hurt certain minority communities, according to a new report.

But the decision is already being slammed by the police union that represents rank-and-file cops, which said LAPD leaders are caving to anti-police activists.

LAPD Chief Michel Moore told the L.A. Times that Metro’s vehicle stops have not been effective, netting about one arrest for every 100 cars pulled over.

He said the change, which is set to take effect in late November, was a result of a recent Times investigation and pressure from certain groups, including the ACLU and the Community Coalition of South L.A., which have called for the division to withdraw from South L.A. and for the LAPD to end random stops.

The police union has blasted Chief Moore, saying that he is weak on crime and has caved to anti-police activist groups.

“The Chief’s decision to buckle to the demands of anti-police groups like the ACLU, who have zero interest in ensuring criminals are arrested, is deeply disappointing,” the board of directors of the L.A. Police Protective League said in a statement to the Times.

“We do not support this reckless gamble that will lead to the further victimization of people of color by criminals and gang members.”

The League said LAPD leaders are making a decision  based on “incomplete data, presented with minimal context, coupled with sensationalized cherry-picked racial information intended to inflame and divide.”

The changes come after the Times published an analysis in January claiming that random stops disproportionately impact black and Latino drivers.

Nearly half the drivers stopped by Metro were black, in a city that is 9% black, according to the Times. In South L.A., which is predominantly black and Latino, the percentage of black drivers pulled over by Metro was twice their share of the population.

A second Times article  published online Tuesday claims that the LAPD overall searched blacks and Latinos far more often than whites during vehicle stops, even though whites were found with contraband more often.

The Metro vehicle stop strategy was implemented in 2015 by Democratic Mayor Eric Garcetti and then-Chief Charlie Beck to address a spike in shootings in South L.A., according to the Times.

In February, Mayor Garcetti called for the Metro division to pull back on random stops after the Times ran its first analysis.

The Metro division is an elite unit that was created to work throughout the city to combat criminal activity. In recent years, however, its official mission is to support the LAPD’s community-based policing efforts.

LAPD leadership has recently come under fire for smearing Breitbart News and its readers in a series of tweets after an LAPD recruitment banner ad appeared on Breitbart.

Police leaders, including Chief Moore, immediately caved to the demands of left-wing Daily Beast editor-in-chief Noah Shachtman, who demanded to know why that banner ad was appearing on Breitbart.