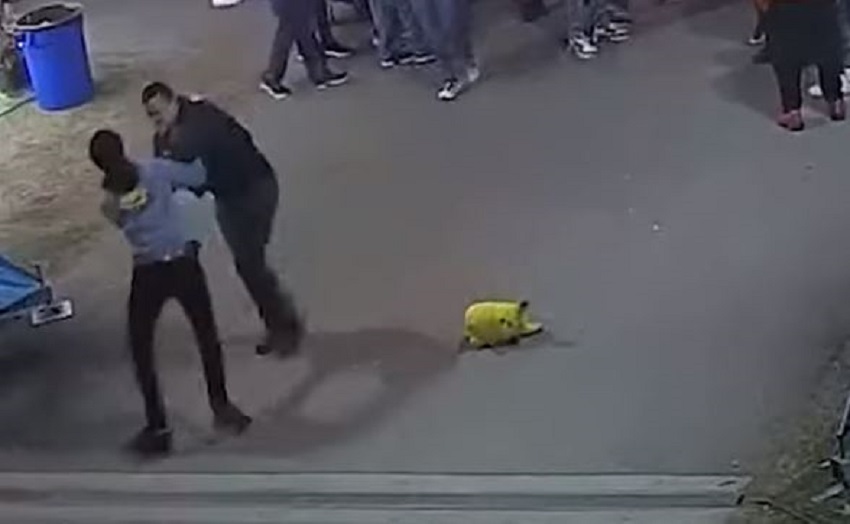 The Wayne County Sheriff’s Office has released more video showing a fight between a teen, his sister and a deputy at the local county fair last week.

According to WTVD, T’Ziah Kelly pushed and refused to comply with the deputy’s orders to leave the fair. The deputy then attempted to escort Kelly out, and when she began to fight the deputy’s grip on her, the deputy was forced to go “hands-on.”

The first video captured by a witness shows the deputy punching the woman. That video went viral on social media and sparked major criticism against the Sheriff’s Office.

In response to the negative feedback, the Sheriff’s Office has released more video, including survelliance, showing Kelly being unruly and even attempted to reenter the fair after she was forced out. Sheriff Larry Pierce commented on the viral video saying, “Social media has become the platform to pass judgment before all the facts can be collected and presented. I am sorry the situation occurred, but my office will continue to enforce the law equally and fairly as I have taken an oath to do so.”

Deputies escorted Kelly and her brother after they had gotten into a fight with another group of teens.

Kelly’s mother has filed a complaint against the deputy and the Sheriff’s Office is completing an internal investigation.